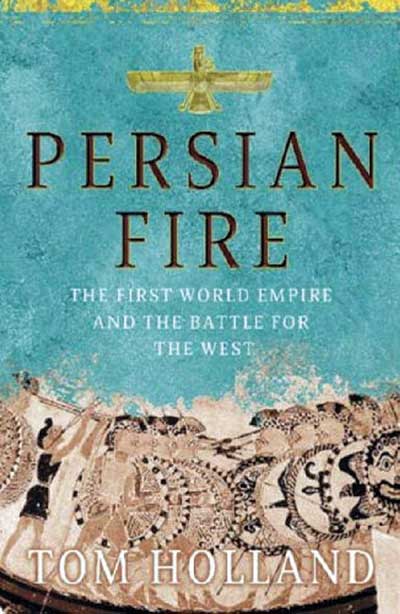 A global superpower attacks a small ‘rogue state’. The superpower – arrogant, self-righteous, supremely confident – swaggers in. It is bound to win. It always does. Its military doctrine is based on ‘overwhelming force and mastery of data’. But – incredibly, against the odds, against reason – the ‘terrorists’ fight back. And the resistance, bitter and bloody, brings the empire crashing to defeat. History is turned on its head. Not Iraq in 2005, of course – where the outcome is yet uncertain – but Greece in 490 and 480 BC.

The Persian Wars, it has been said, were ‘the axis of world history’. Early in the conflict, the rebel city of Miletus, on the eastern shore of the Aegean, had been completely destroyed, its people massacred or enslaved. What if the same had happened to Athens? If classical civilisation had been smothered at birth? Perhaps the whole trajectory of world history would have been altered. Perhaps the West would never have risen to global dominance.

So much seems to have been at stake. Men at the time could not, of course, have known this. Yet what they thought they were fighting for was certainly very precious to them. Not, as might be supposed, their homes, farms and families. They could best have secured these by surrender, by offering ‘earth and water’ to the Persian king, by accepting the rule of a quisling tyrant. This is what most Greeks did: less than one in 20 city-states joined the anti-Persian alliance. Most of these, moreover, were in the Peloponnese. Athens was almost alone among the states of northern and central Greece in deciding to fight. What made Athens special was that she had recently become a revolutionary democracy: her decision was made by a citizen assembly of 30,000. The aristocracy would have surrendered. Almost everywhere in Greece, the rich were ‘medisers’. Property and privilege were safe under the Great King. The odds stacked against the Greeks made resistance appear folly. How could they win? The Persian Empire covered three million square miles, from the Nile to the Indus, the Caspian to the Gulf. The Great King was the richest and most powerful man on earth. Whereas a long-distance runner could cross the territory of the two principal rogue states – Athens and Sparta – in a day. Athens, fully mobilised, could put just 9,000 men into her battle-line; the Spartans, perhaps 5,000. It was only the determination of ordinary men to defend their hard-won political freedom – their democracy – that steeled Athens to fight. Herodotus sensed the power of the revolution: And so it was that the Athenians found themselves suddenly a great power. Not just in one field, but in everything they set their minds to, they gave vivid proof of what equality and freedom of speech might achieve. As the subjects of a tyrant, what had they accomplished? Nothing exceptional, to be sure. With the tyrant gone, however, they suddenly become the best fighters in the world. Held down like slaves, they had shirked and slacked; once they had won their freedom, not a citizen but he could feel that he was labouring for himself.

The Persian Wars are, then, one of history’s greatest stories. How well does Tom Holland tell it? His first book – Rubicon: the triumph and tragedy of the Roman Republic (2003) – is the best-written account of the Late Republic available, but sometimes too much is explained in terms of ego, style and vanity, as if the wars and revolutions of the Late Republic represented nothing more than the power-play of great men. History’s deeper currents sometimes go unnoticed. Rarely can this criticism be made of Persian Fire. It is a brilliant book. The prose is fresh, ornate, rich in metaphor, yet always clear and concise. Description, narrative and analysis are seamlessly interwoven. Details are purged and synthesised to reveal the essential dynamics of the historical process. Every paragraph, carefully weighed and crafted, bears the hallmark of a master historian.

There is, moreover, tremendous breadth of vision. We are offered ‘a panorama of the entire world that went to war’. And that is what we get. The first chunk of the book is concerned with the Persians – their history, empire, monarchy, religion, global strategy, and, not least, their extraordinary, all-embracing, apocalyptic world-view. The next chunk deals with Sparta and Athens. Then, once the panorama is full, the protagonists familiar, we pass in the second half of the book to the wars themselves. The tension mounts to a serious of climaxes – Miletus, Marathon, Thermopylae, Salamis, Plataea. The battles are not only vivid – both as mass action and as human experience – but, so firmly set in their global and historic context, they attain the heights of tragic drama. Here, for instance, is Tom’s description of the Athenian attack at Marathon.

‘A shimmering of metal all along the line as the hoplites lowered their helmets, hefted their shields, shouldered their spears. Here, at last, was the moment of no return. His head encased now almost entirely in metal, every member of the phalanx found himself frighteningly cut off from the sights and sounds of the battlefield, barely able to see the enemy ahead of him, barely able to hear the braying of trumpets that instructed the Athenians to start their charge. Only the sudden jolting of his fellows on either side and the surging of the weight of men behind him appeared real. Downwards, into the open expanse of the plain, the phalanx began lumbering, keeping its formation, not once threatening to break. All were borne on the dread and intoxication of the moment – for while it was true that the faint-heartedness of a few within the shield wall might prove fatal to the many, then so too was the converse, that even a hoplite shaking with terror as he advanced, wetting himself uncontrollably, streaking his cloak with shit, could know himself strong for being one with his friends and relatives, one with a mighty body of armed and free-born men. How, indeed, without the self-consciousness of this, would any Athenian have dared to do what all in the phalanx did that August dawn: to move against a foe widely assumed to be invincible, to cross what many must have dreaded would prove to be a plain of death.’

Thus do men make history. And thus should history be written. Alongside the pedantry and petulance of so much contemporary academic history – where ‘revisionism’ and ‘post-modernism’ are the fashion – Tom Holland’s history of the Persian Wars is breathtakingly exciting, immensely informative, and resonating with lessons for the present. Persian Fire is an essential read for anyone interested in ancient history and classical archaeology. Recom-mended unreservedly.