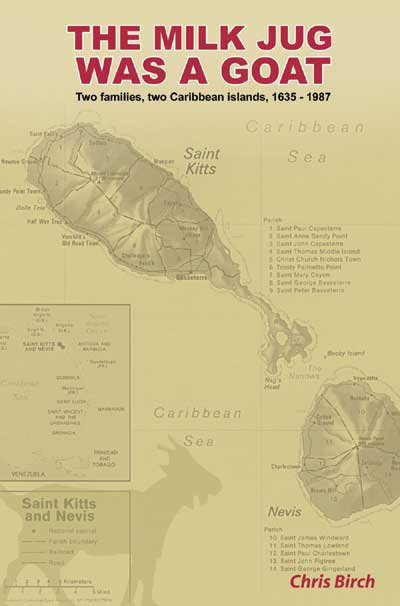 This is a book about those members of two English families who were long resident in the islands of St Kitts and Nevis, one from the earliest days of the English settlement and the other from the latter part of the 18th century. Both families contained men who were highly placed in the governance, administration and legal affairs of the two islands up until the end of the 19th century. The author, who is descended from both families, was born in St Kitts many years before it became independent, and long after the last of his ancestors to play an important role in governing or administering the colony had been forgotten. His book is based on family papers combined with extensive research into the information about his illustrious ancestors which is contained in the National Archives. As a result, and despite the subtitle, it is mostly concerned with events in the two islands up until late Victorian times. The parts dealing with the history of a branch of his family in Australia are of interest but sit uneasily in a book set in the Caribbean and could well have been omitted.

In spite of its odd and not altogether appropriate title (culled from the journal of an 18th century lady visitor to St Kitts), as well as in not quite living up to its subtitle, the book is a welcome addition to the historiography of what is today the independent Federation of St Christopher-Nevis. In a wider aspect it provides an equally welcome change from the prevalence, particularly among the works of present-day West Indian historians, of books and articles concentrating on subjects such as plantation life, slavery, the oppressive aspects of colonialism, and events perceived as neocolonialist.

Review by Brian Dyde, the author of a number of books on Caribbean history including Out of the Crowded Vagueness: A History of the islands of St Kitts, Nevis & Anguilla and A History of Antigua.