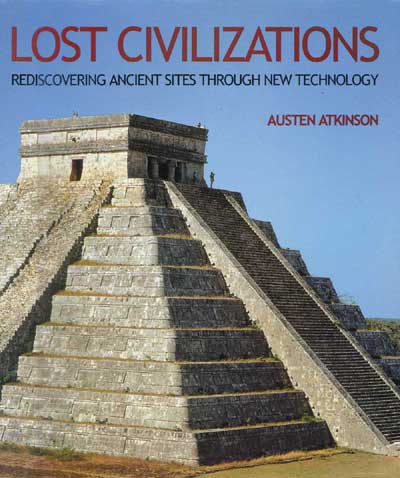 Lost Civilisations looks at some 20 archaeological sites from around the world. The author has a wide selection, with five from America, though surprisingly none from Egypt. The inclusion of Atlantis will raise some eyebrows, but in fact, he produces a sane account, concluding with a description of the eruption of Thera; though he also includes another controversial site – Ubar, in Arabia, which he describes as ‘The Atlantis of the Sands’. The author is described as an author journalist, and television script-writer, and has produced a vigorous and readable book. My only quibble is with his sub-title: Re-discovering ancient sites through new technology, for there is little ‘new’ technology, but this is basically a standard account using standard archaeological techniques- and with some splendid photographs.
One of the sites that he deals with is Tiwanaku in South America, on the borders of southern Peru and north Bolivia, and on the border of Lake Titicaca. Here, rather surprisingly, a powerful civilisation flourished between AD 500 to 900: its power stretched far and wide in South America, before all was swept away by the Incas. It arose in what is essentially rather poor agricultural land, at an altitude of over 10,000 feet, and it invented an ingenious agricultural system which preserved the heat of the day to combat the freezing temperatures at night. The same civilisation, is also dealt with by Charles Stanish in an academic tome, Ancient Titicaca: the evolution of complex society in southern Peru and northern Bolivia (California U P); but this is more concerned with theory than with comprehensibility.