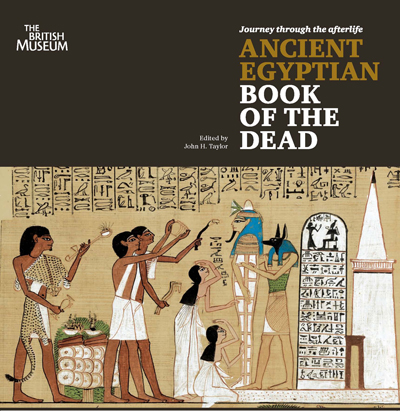 In 1819, the English physician and polymath Thomas Young – best known to archaeologists for his work in deciphering the Egyptian hieroglyphs – published a pioneering article in the Encyclopaedia Britannica. It offered a tentative decipherment of the Rosetta Stone and outlined the scope of a new science, today known as Egyptology. Towards ancient Egyptian religion with its anthropomorphised animal pantheon, Young could not refrain from expressing a certain impatience, ‘considering how absurdly and monstrously complicated the Egyptian superstitions really were’, as he wrote. His exasperation with priestly mumbo-jumbo inadvertently assisted the success of his French rival, the philologist Jean-François Champollion, whose passion for all aspects of ancient Egypt, including its gods, led to his decipherment of the Egyptian hieroglyphic script in 1822-1823.

Any non-specialist reader of Journey through the Afterlife, the magnificent and readable catalogue of the British Museum’s current elegant and imaginative exhibition on the ancient Egyptian Book of the Dead – a text first interpreted as a funerary ritual by Champollion working from papyrus scrolls in the 1820s – is likely to feel some sympathy with Young’s view. Death is always a fascinating subject for artists, and the intricately painted, ravishingly coloured vignettes of life among the deities, animals, chimeras, kings, and wealthy elite of Egypt more than 3,000 years ago, have a disconcerting power. Yet, they and their accompanying texts in hieroglyphic, hieratic, and demotic scripts describe what is, by any standards, an extremely bizarre universe of belief.

Inscribed on stone sarcophagi, wooden coffins, and stone amulets, but mainly drawn on long papyrus scrolls placed close to a mummified corpse, the Book of the Dead was a collection of up to about two hundred spells intended to reanimate and protect the corpse of an Egyptian – most of whom were dead by the age of 35 – in the afterlife. It appeared before the beginning of the New Kingdom around 1550 BC and was commonly used until the Graeco-Roman era in Egypt.

Neither the number of spells nor their precise order and content was fixed, so there can be no single, authoritative Book of Dead; nor does it have an easily followed narrative, although the catalogue does its best to provide one, running from chapter two (Preparing for the afterlife) to chapter ten (The perfect afterlife). However, the dominant idea is always that the ba (soul) of the deceased should be able to fly during daylight hours from its grave and continue to enjoy earthly pleasures beside the fertile River Nile, returning to its mummy at nightfall – like the endless cycling through the sky of the sun god Ra. According to spell 1: ‘Here begin the spells of coming forth by day, the praises and recitations for going to and fro in the realm of the dead.’ Indeed, the ancient Egyptians called the composition ‘the book of coming forth by day’; its modern name, Book of the Dead, was coined by the German Egyptologist Richard Lepsius in the 1840s, probably from the term used by Egyptian workers on excavations when they discovered such manuscripts.