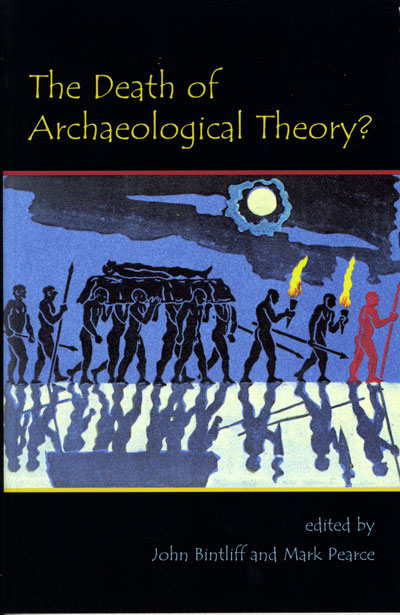 Prompted by a session on the subject at an annual meeting of the European Association of Archaeologists, the editors, working on the model set by Roland Barthes’s literary jab The Death of the Author, put together this slim collection of essays to discuss the significance and relevance of archaeological theory today. In a well-informed – if rather tongue-in-cheek debate, the chapters discuss whether archaeological theory has been corrupted by ideology, with information being selectively promoted by individuals keen to reinforce their own particular ideas; or whether archaeological theory is simply evolving, and that archaeologists should take a more eclectic approach.
One chapter argues that archaeological theory cannot die, because it never existed in the first place; another juxtaposes theoretical archaeology with archaeological theory, suggesting the latter exists while the former does not, before going on to discuss the theorising of both – illustrated by Ernst Bloch’s telling of a Chinese parable about men eating olives (you will have to read the book!). Entertaining and well written, this work contains a wealth of easily accessible information, delivered with a light touch by the contributors who draw on extensive sources. Is archaeological theory dead? Not if it continues to be debated in this fashion