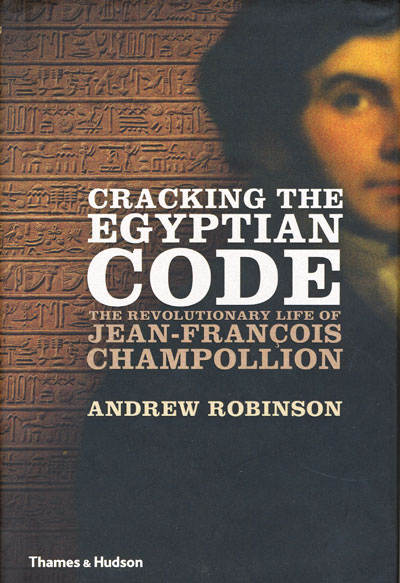 In 1922 Howard Carter could be confident that he had found Tutankhamun’s tomb, but when Giovanni Belzoni discovered the tomb of Seti I in 1817, the pharaoh was initially misidentified as ‘Psammis’. The difference was that in Belzoni’s day nobody could read hieroglyphs; this knowledge had faded from living memory around the 4th century AD, and it was not until 1822 that a brilliant young Frenchman, Jean-Francois Champollion, broke the ancient code.

In the first English-language biography of this remarkable figure, Andrew Robinson introduces a mercurial but staggeringly gifted man who died aged just 41. As in his recent biography of Michael Ventris (reviewed in CWA 52), another linguistic prodigy who died tragically young, Robinson shows his flair for splicing arresting personal insights into his narrative.

We learn that Champollion had little formal schooling and taught himself to read and write, but was a professor by the age of 19, and that his radical political views ultimately led to his exile from Paris and ostracism by the academic community. A determined Republican raised during the French Revolution, Champollion was a great admirer of Napoleon – who, by happy chance, would send an expedition to Egypt that uncovered the very artefact that provided the key to Champollion’s work on hieroglyphs: the trilingual Rosetta Stone. Robinson’s analysis of Champollion’s fanatical pursuit of his linguistic goals, and his rivalry in this with the English polymath Thomas Young, is also utterly compelling. These two intellectual giants are such different men, with completely opposed approaches to unpicking hieroglyphs, but their interweaving lives make for a fascinating read.