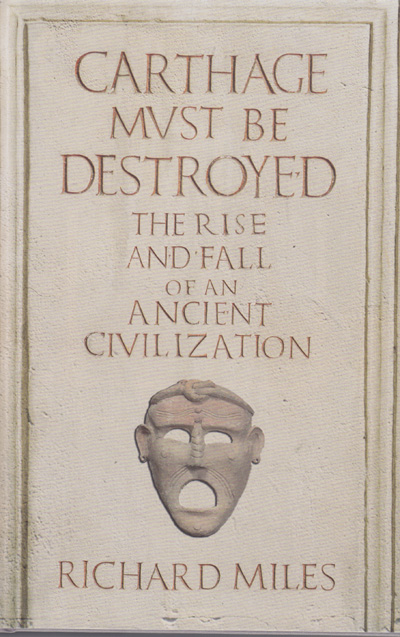 This is an excellent account of the rise and fall of a great ancient civilisation. It starts in Phoenicia and describes the great expansion of the Phoenicians along the north coast of Africa, the foundation of Carthage and its eventual destruction. The author, Richard Miles, a Classicist at Trinity Hall Cambridge, has now written what is the standard book on the subject in the English language.

I have two criticisms: the first is his title, echoing the slogan that Scipio hammered into the Senate at Rome. Was this perhaps foisted on him by his publishers? My second complaint is that the book is not archaeological enough. In this I am being unfair: the author knows his archaeology, has directed excavations in Carthage and Rome, and most of the archaeology is there in the book. However, as an archaeologist, I think the book would have been even better had he begun with the archaeology and then added in the history as an added extra.

Were these two civilisations – Rome and Carthage – essentially equal? Did Rome win because it was more brutal? Or did Rome in fact have a better mix: did it provide a better life to those who became Roman? I am not quite certain if this question can be answered, but it is surely worth asking.

Still, I am niggling. This is a splendid, well-written book which tells the story of the rise and fall of a civilisation that has suffered unfairly because history is written by the victors, in this case, Rome – and how far do you believe that history?