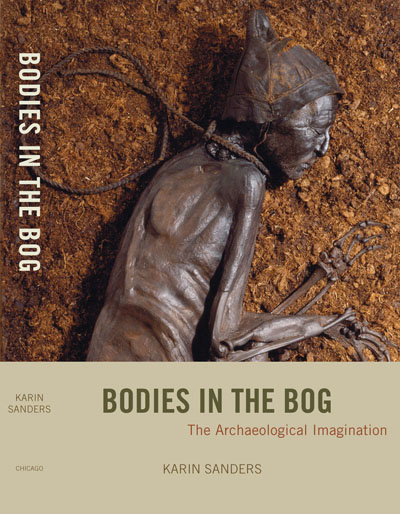 One freezing January, in the depth of the Cold War, I visited the State Hermitage Museum in Leningrad (now re-newed as St Petersburg). I broke away from the official Intourist guide, who was marching everyone towards the Rembrandts, in order to find the frozen Altai burials from Pazyryk. While the crowds, mostly Russian schoolchildren,
filed respectfully past the works of Europe’s finest portrait painter, the 2,500 year old bodies lay in gloomy isolation. I had to ask the Hermitage’s grim babushkas to unlock the Pazyryk galleries and switch on the lights in
order to see what are some of the most wondrous discoveries ever made by archaeologists.

Most people find the sight of wellpreserved ancient humans fascinating, yet at the time of my visit the Pazyryk burials were not well-known. Unlike the almost contemporary bog bodies of north-western Europe they had never received the attention of a writer as skilled as P V Glob. In contrast, only the year before my visit to Russia, in 1971 Glob’s famous book The Bog People (more evocatively in Danish: Mosefolket) had appeared in paperback in English. These prehistoric bodies remarkably preserved in the peat fens of Denmark and North Germany became popular icons, thanks to the beautifully simple style of Glob’s writing (finally translated from the Danish by the English archaeologist Rupert Bruce-Mitford), and crucially to the superb black and white photographs which graced the book. In particular, the dignified image of Tollund Man, with his gently closed eyes, hawklike nose, sensitive lips and stubble-dusted chin, conveyed a sense of calm, ancient, wisdom. As Glob explained: Tollund Man’s head ‘was especially well preserved …the best preserved human head, in fact to have survived from antiquity … Majesty and gentleness still stamp his features as they did when he was alive’.

The calmness of Tollund Man’s face belies his fate: hanged and laid in a bog, to be tanned and preserved for posterity in a squelchy limbo of peat. Glob’s book is a little masterpiece of clarity dedicated to and written for a group of English schoolgirls from Bury St Edmunds who sent him a fan letter. Perhaps this explains the poetic lucidity of his writing.

The bog bodies have now generated a second marvellous book. Bodies in the Bog and the  archaeological Imagination by Karin Sanders, a Danish professor of Scandinavian at Berkeley, is a very different work. Hers is not an archaeological account of the bog body phenomenon, rather an attempt to assess its place in modern culture and imagination. As she tackles literary and artistic critical theory, psychology and philosophy there are times when she wades into some of the claggier fens of academic writing. But, with a little persistence, the reader will find a book of remarkable richness and  complexity in the best sense of the word; a beautifully written evocation of humanity; dark and light, good and evil.

Here the bodies are resurrected through the imaginations of poets and novelists such as Seamus Heaney, William Carlos Williams, Michel Tournier and Anne Michaels. In these authors’ works the bog bodies are used to evoke vulnerable humanity: victims of the Irish troubles and the Holocaust. They are Christ-like figures, tropes of sacrifice, images of persistence and survival, metaphors for memory. As early as 1971 the artist and eco-shaman Joseph
Beuys emphasised the vulnerability of bogs, places important as ‘strong  places of life … preserves of ancient history’.

In this book Karin Sanders has embedded archaeology within the complex stratigraphy, the anticlines and synclines, of modern culture. We come face to face with the past and ourselves as she switches on the lights for the first time.