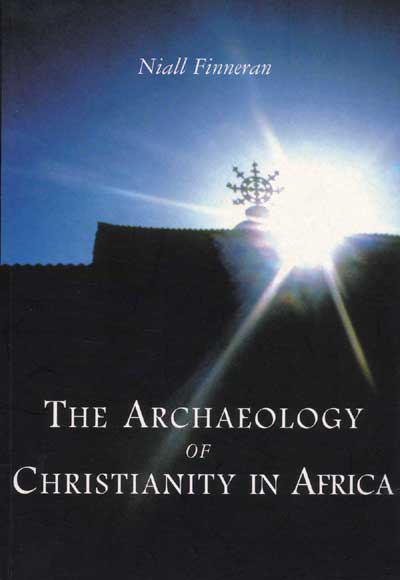 The Archaeology of Christianity in Africa
Niall Finneran (Tempus £19.99)
The Archaeology of Christianity in Africa covers a wide span. It begins with the brief, but brilliant, flourishing of Christianity in North Africa, to be extinguished after two or three centuries by the spread of Islam. However, the major part of the book looks at the three great survivals of Christianity in Africa: first there are the Copts in Egypt, who invented monasticism, and survive to this day despite the onslaught of Mohammedanism. Then in the backwaters of the Nile, Nubian Christianity flourished and only succumbed to the Moslems at the very end of the Middle Ages. Finally, most exotic of all, is Ethiopia, where Christianity took a firm hold in the Axumite kingdom and again survives in a most exotic form down to this very day.
The book concludes with a brief look at the spread of Christianity to the rest of Africa in comparatively modern times, to West Africa, and then to South Africa, with the different churches built by the Catholics and the various Protestant sects.
This is an outstanding book, which takes a broad look at its subject with an excellent account of the background history of each of its places. It is perhaps a little unfortunate that it was clearly written before the publication of Eberhard Sauer’s work on the Archaeology of Religious Hatred, discussed in Current Archaeology 186. It is one of the great truisms of archaeology that history is written by the victors and the task of archaeology is to disinter the story of the vanquished. Thus as far as Christianity is concerned, archaeology should concentrate rather less on the triumph of Christianity, and rather more on the destruction of pagan temples, following the edict of Theodosius. Niall Finneran does not mention this edict, and appears to have swallowed rather too readily the Christian version of the triumph of Christianity. No matter; this is a vigorous and well-written account of an area of Christianity too often overlooked.