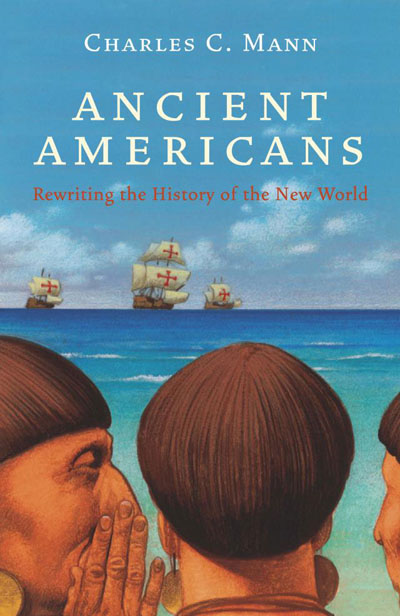 A rich feast of books crossed my desk this year.

Unfortunately, I did not have the time to read most of them. But I found Ancient Americans an engrossing read, written as it is by an outsider, not an archaeologist. Despite the best efforts of archaeologists and other scholars, the popular image of the Americas before 1492 remains little more than a pastiche of Indian tribes wandering across a virgin continent.

Pre-Columbian America is an intellectual battlefield that pits native American scholars against scientists, geneticists against archaeologists.

Despite these controversies, important scientific advances in recent years have revolutionized our understanding of early native American history.

Charles Mann’s Ancient Americans is a timely reminder that the history of the western hemisphere did not begin with Columbus and Cortés, but at least 15,000 years before them.

Mann wisely elected not to write a systematic account of cultural and social development before 1492 or an intellectual history of the new perspectives shared by scholars involved in ancient America. Instead, he focuses on three major issues: Indian demography, the perennial mystery of the first Americans, and Indian ecology.

All three are enormous subjects in their own right. Mann admits immediately that he has been selective in his choice of cultures and peoples, using either what he calls the ‘most intriguing’ or those that are among the best documented.

He uses a classic journalistic approach – a meld of interviews and personal experience with wide reading in the complex and often confusing academic literatures of numerous disciplines. The result is an intriguing synthesis of hard data and personal perceptions that gives the reader an entertaining impression of the many controversies and uncertainties surrounding all three of his chosen issues.

Ancient Americans is historical and scientific journalism at its best, a beautifully written, provocative introduction to the New World before Columbus, which deserves a wide readership.

From this stimulating beginning, which would make an admirable Christmas present for someone unfamiliar with American archaeology, an interested reader can delve into the complexities of the scientific (and non-scientific) literature.