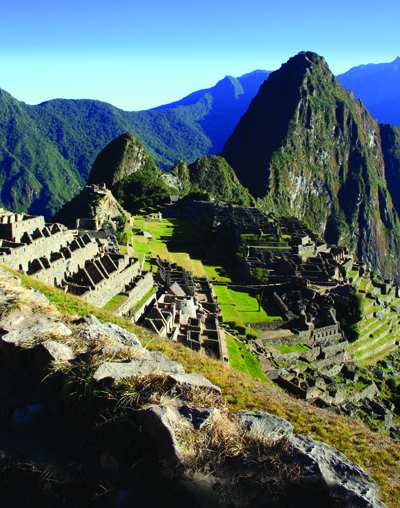 The 100th anniversary of the ‘rediscovery’ of Machu Picchu in July 1911  has been marked by the return to Peru of some of the finest of the artefacts excavated from the ancient Inca ruins. They will be housed in a new museum and research centre at the University of Cusco.

Dubbed the ‘Lost City of the Incas’, Machu Picchu was built for the emperor Pachacuti (1438–1472) but abandoned at the time of the Spanish Conquest. Though the site’s existence was known locally, it was not until Hiram Bingham, the American historian, visited and excavated the dramatically situated ridge-top citadel that its existence became known to the world at large. Excavations carried out between 1912 and 1915 uncovered some 46,000 artefacts, including ceramic vessels, silver statues, gold jewellery, and human remains, many of which have been on display at Yale’s Peabody Museum since they were taken to the United States, officially on 18-month loan.

After years of negotiation, agreement was finally reached in November 2010 for the artefacts to return to Peru, where Yale specialists will help design new conservation and display facilities. Yale said that collaborative arrangements were also being negotiated for research, educational exchanges, and public exhibitions that would ensure that ‘Yale’s values in conserving the collection, studying the material, and disseminating new knowledge will be extended in a new phase, and in a spirit of friendship with the people of Cusco and the nation of Peru.’