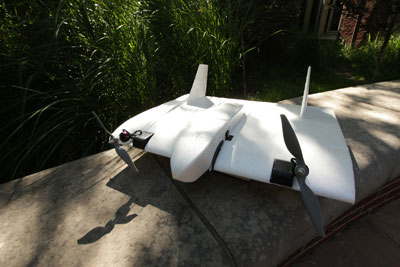 Archaeological sites that take years to record using traditional methods could be mapped in minutes, according to new research by Vanderbilt University.

At Mawchu Llacta, a 16th-century colonial town in Peru, scientists are testing a remote-controlled flying device called SUAVe (Semi-autonomous Unmanned Aerial Vehicle), which is small enough to fit in a backpack and takes photographs at higher resolution than satellite imagery. The technology uses special software to calculate its optimal flight path and to convert aerial photographs into 3D maps.

‘You unpack it, specify the area to cover, and then launch it,’ said Vanderbilt archaeologist Steven Wernke. ‘When it completes capturing the images, it lands and the images are downloaded, matched into a large mosaic, and transformed into a map.’