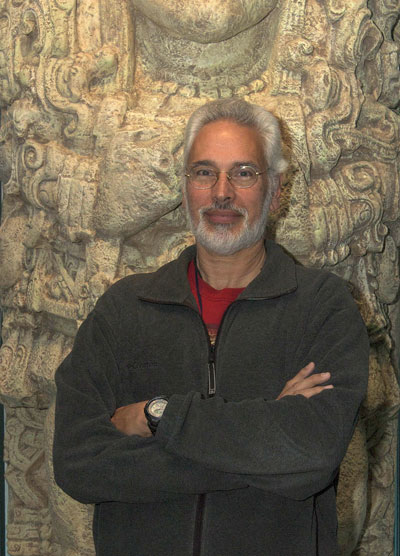 The world is falling apart and yet this year will see a new economic growth record: one billion tourists will be traipsing around the globe. Tourism in this era of financial dismay is growing at about 4%, according to the World Tourist Organisation (UNWTO), driven by the accelerating taste for cultural heritage.Visiting world heritage cities and sites has become increasingly important in the East, as it had already become in the West, notwithstanding our common economic woes.

Paradoxically, this most conservative of industries is a lifeline to many countries, both rich and poor. Revenues from tourism in all its varied forms often amount to as much as 20% of Mediterranean and Mesoamerican countries’ GDP. Management of this lucrative modern industry, though, lacks the iAge touch. It is mysteriously serendipitous, largely because governments have failed to grasp the economic values of cultural strategies. Most countries live with their past as a privileged leisure asset, as opposed to an asset to be managed and carefully exploited for a digital ‘flat world’.

The result is that most countries have left this economic driver in the hands of poorly paid state bureaucrats and narrowly trained archaeologists, failing to exploit wisely this immense global asset. Can you imagine the oil and gas industry managed with such indifference? Managing our cultural resources in the highly competitive tourism marketplace demands creative business skills as well as a modern comprehension of cultural values. Rarely do the two skillsets go together. How many archaeologists are trained in basic business practice? How many site managers worldwide have been trained in modern archaeological and conservation methods? One obvious exception is to be found in Honduras.

Honduras, one of the world’s poorest countries, is in one respect also a world-leader. Troubled today by drug-running bands, as the New York Times reminds us on a weekly basis, it nevertheless possesses the great Maya capital of Copan, close to the Guatemalan border (see CWA 30 and 50). This UNESCO World Heritage Site, inscribed in 1980, is quintessentially what a world-class site should be: awe-inspiring archaeology in an unforgettable location. Its success in a country that has known democracy for only 30 years is largely down to the Copan Association, the far-sighted Honduran NGO that has been its unstinting local champion since it was formed in October 1989. Thanks to this Foundation, through well-managed tourism, the past, so to speak, is successfully making employment for many in western Honduras.

The driving force behind the Foundation is Ricardo Agurcia Fasquelle, an eloquent and charismatic American-trained Honduran archaeologist. He is a true 21st-century placemaker of the kind needed by a world eager to pair best practice in archaeology and management.

Over coffee in the Penn Museum café, Ricardo and I talked about the nuts and bolts, the problems and achievements of this Foundation in the context of our fast-changing times. Here is a short taste of our conversation:

RH: How did the Copán Foundation start?

RA: [Professor] Bill Fash [of Harvard University] and I were working on projects at Copán for about 10-11 years. Every four years the Institute of Anthropology would change director and with it came a new set of rules. The government was whimsical, especially where conservation was concerned. There was no sustainability. So in 1989 we decided to create a non-profit [charity] – in the American style – with a stellar board of directors. The chairman was Jorge Bueso Arias, a one-time presidential candidate, whose family had established a great legacy in Western Honduras. He was also the president of the largest bank in this part of the country. The Association now has an operating budget of about 2 million lempiras, about $100,000 per annum.

For 22 years we’ve won foreign loans and our collaboration with USAID, which began with the Acropolis Project, continues today. We have had support from the World Bank and the IDB [Inter-American Development Bank] largely to support tourist infrastructure projects. These people have the money and can see that Copán, apart from the Bay Islands and the North Coastline, is the biggest tourist attraction. The World Bank, in particular, wants to encourage sustainable tourism.

Four million invested wisely is not a lot to the World Bank. Their project officers have become good friends. They love our projects and our publications.

Perhaps the bigger story is, thanks to the Foundation’s board members, a number of businesses in Honduras have given funds. Their support is really very important.

Of course, the IHAH gets jealous! With every new administration [government] there are new officials, so it’s needed real tenacity to deal with them and their envy for our funds. Bill Fash has the right face for this. He’s been incredibly tenacious at working with each new IHAH administration, and at the same time he has been very professional working with USAID.

RH: Do the IHAH get upset? Usually, government agencies are very bureaucratic and bent upon rules.

RA: I have good political connections. It’s a small country. Most of the people I was at high school with have ended up as public figures. Many of these have been family friends. This has been important. The mid-1990s were a difficult time. The Institute tried to shut us down. It was touch and go. In fact, private-sector support kept the Foundation alive. The gift shop at Copán was for a while the only source of our operating costs. The IHAH realised this and closed it down. But governments only last four years in Honduras. We waited out the cycle and the IHAH officials were gone, so we reopened the shop.

RH: Tell me about the projects that have been funded by the Foundation.

RA: The Acropolis Project was largely financed by USAID. They gave the all-important seed money after the government gave the OK for a debt conversion of $500,000, which the Copán Foundation had to match over five years. It came as government bonds and, of course, in 1990 it was a lot of money.

The river had cut the far side of the acropolis [making it dangerously unstable] and this represented the biggest conservation challenge. So we realised that concentrating the project here could have great long-term implications.

We also won government funds for the Sculpture Museum Project. We went to see my friend, President Rafael Leonardo Callejas, with a design, hoping to get his support for a fund-raising campaign. But he immediately said: I’ll finance it. He was effectively saying we were a better bet to get the job done. So we did it all, and as you’ve seen it is a fantastic place to get to know Copán’s sculptors and glyphs.

RH: Tell me about the Children’s Museum, dedicated to teaching schoolchildren about the Maya, in Copán Ruinas. How did the Foundation come to make it?

RA: This was my pet project because Hondurans are poorly educated about the ancient Maya. We started working with the Ministry of Education, trying to incorporate a modern view of the Maya in school books at first. There was a hideous bureaucracy – this could have taken years. But at the same time the First Lady started a project to create a Children’s Museum in the capital [at Tegucigalpa]. I was an adviser. This was a World Bank project. So I convinced them initially to create a small museum on wheels to go around the country. This was the seed money – $100,000 – for the designs that are now in the Children’s Museum. So the Foundation short-circuited the educational system, and we began to help teachers educate kids about the Maya with the exhibits and a handbook for teachers that has been very influential.

RH: So how about the Copán Museum? I gather you’ve had real problems?

RA: After the Sculpture Museum we set our hearts on creating a Copán museum, for the finds from the excavations. We wanted this to be in town – Copán Ruinas – to encourage tourism there. It’s proved incredibly difficult because the IHAH wants the museum to be at the site itself. Eventually the Institute said yes to the conversion of an old schoolhouse and the Japanese government came up with a design. Now, though, the municipality will not cooperate and for three years the project has been stopped.

To get this going, once there’s a new municipality, is a four- or five-year commitment. I really wonder about this, to be honest. Sooner or later you run out of energy, and I need to concentrate on writing up my excavations rather than beating down the Mayor’s door! It’s really hard to do both.

RH: How do you see the future of the Foundation? Have you any young Ricardos to take over?

RA: It’s not so easy. Very few Hondurans get to study abroad to the standard we need. Fortunately, a programme has just been started at the University [of Tegucigalpa]. I have high hopes of one of my students who has returned from the USA with a PhD. He’s on the 2012 committee, but in many ways this young man is still too much of an archaeologist. To be honest, I’m optimistic that the government is listening, but I’m not so optimistic about the future with all the drug-trafficking driving good people to look for opportunities elsewhere.