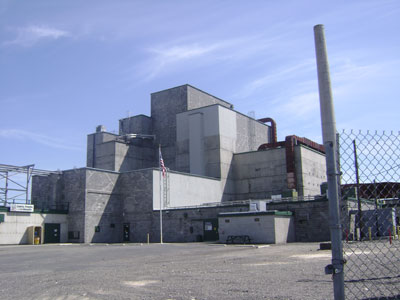 Tom St John Gray reports on the legacy of the atomic bomb: is it heritage, horror, or both?

Nuclear locations in Tennessee, Washington, and New Mexico, once highly classified, now lie abandoned, threatened by collapse and demolition. These fading reactors and laboratories are totemic reminders of the legendary Manhattan Project – and the beginnings of an uncertain atomic age. But, should sites used in the development of the atomic bomb during World War II be preserved? A proposed bill in the United States Congress aims to prevent such unique landmarks crumbling into the past by making them tourist attractions.

The Manhattan Project was established in 1942 as part of an extraordinary Anglo-American wartime race to develop an atomic bomb before Nazi Germany. Costing $2.2 bn and with a taskforce of over 130,000, the project was the equivalent in size of the entire American automobile industry, and is often cited as one of greatest scientific and engineering achievements in human history.

Across America, secret factories and cities were established behind walls of barbed wire and silence. These sites included the uranium enrichment plants in Oak Ridge, Tennessee; plutonium production reactors in Hanford, Washington; and bomb research, design, and fabrication facilities at Los Alamos, New Mexico. The operational scale of the project was colossal, with the Oak Ridge site alone consuming one-seventh of the electricity produced in the entire country. Wartime secrecy was paramount – of the 50,000 workers brought to Hanford to build the reactors, only 1% knew exactly what was being constructed.

In less than three years, project scientists and engineers successfully harnessed the power of the atomic bomb. On 16 July 1945, the first nuclear bomb detonation took place at the Trinity site, New Mexico. A few weeks later, the high-stakes gamble of this immense wartime project came to a devastating conclusion – the deaths of over 200,000 people in the nuclear attacks on Hiroshima and Nagasaki. Japan surrendered, and, as the war came to a close, America emerged holding more power than the world had ever seen.

Now, 70 years after the establishment of the project, heritage campaigners are pushing Congress to pass the Manhattan Project National Historical Park Act. The bill requests that the surviving buildings from the atomic programme should be preserved in a multi-state National Park, potentially attracting hundreds of thousands of visitors each year. Advocates believe the proposal could prove to be economically advantageous, estimating that administering the Manhattan Project parks over five years would cost $21 million, rather than the $200 million required to safely demolish the remaining buildings.

Explosive debate
The bill failed to pass in the last Congress, and has drawn fire from critics who claim National Park status would glorify the atomic bomb. Democrat Dennis Kucinich warned that ‘the celebration of the technology of the bomb bespeaks a moral blindness to its effects’, adding ‘we cannot honour this technology, we cannot celebrate ingenuity which was used to put all of humanity at risk’.

Professor Michael Gordin at the Department of History, Princeton University disagrees: ‘It does not seem to me that preserving Civil War battlefields glorifies bloodshed, nor that the Manzanar National Historic Site in California glorifies Japanese internment. The purpose of preserving these sites is to remember and to educate.’

While most of the Manhattan Project properties have now been destroyed, the bill aims to stop further demolition by preserving the surviving iconic structures within a three-state National Park. These include the home of head scientist J Robert Oppenheimer in Los Alamos, the X-10 Graphite Reactor at Oak Ridge, and the B Reactor at Hanford.

The K-25 plant at Oak Ridge, used in the enrichment of uranium, was the world’s largest building at the time of construction, with a footprint of 44 acres. It was finally demolished in January this year, despite a campaign to save part of the complex.

B Reactor, the world’s first full-scale plutonium production reactor, has been rescued from the threat of demolition or ‘cocooning’, and is increasingly popular with a new wave of nuclear tourists: last year, 10,000 visitors from over 60 countries worldwide came to the site, indicating a growing international interest in the atomic past.

Cindy Kelly, president of the Atomic Heritage Foundation and a leading light in the campaign, believes ‘walking through the space and seeing the extraordinary details is an experience that connects with the public emotionally as well as intellectually. The towering physical reality quickly conveys the enormity of the undertaking, as well as the spirit and the dedication of the workers.’

However, Dennis Kucinich contends that ‘the technology which created the bomb cannot be separated from the horror that the bomb created. The bomb is about graveyards; it’s not about national parks.’ Furthermore, safety issues at Hanford have been questioned following the recent discovery that underground tanks are leaking toxic waste, contaminating the soil and groundwater. Certainly, the surviving sites of the Manhattan Project are a stark and sobering reminder of an extraordinary achievement in mankind’s history that also caused death and destruction on an unprecedented scale.

Supporters of the National Parks bill argue that it offers a chance to present the accomplishments, consequences, and enduring legacy of the Manhattan Project in a balanced way, while also preserving this rich heritage for future generations. Cindy Kelly explains: ‘Sweeping difficult or controversial chapters in American history under the rug makes no sense. The National Park Service will help us better understand the historical context of the decisions to develop and use the atomic bomb, and provide us with multiple perspectives to reflect upon and make our own judgement of the past’.