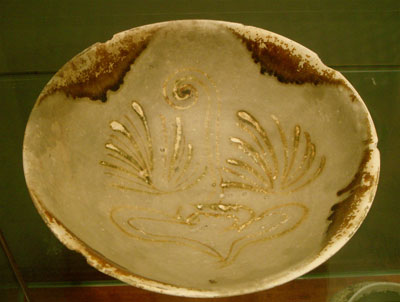 The Smithsonian Institution in Washington DC has withdrawn from hosting a controversial maritime exhibition. Shipwrecked: Tang Treasures and Monsoon Winds was due to open in the Smithsonian’s Sackler Gallery in spring this year, but has been cancelled following a two-day conference in December 2011, attended by an international advisory committee of experts that included the World Archaeological Congress Committee on Ethics and UNESCO.

Shipwrecked first opened to the public last year in Singapore. A stunning showcase of artefacts from a 9th-century shipwreck, it was celebrated as one of the most important maritime archaeological finds of the 20th century. Discovered in 1998 by Indonesian fishermen diving for sea cucumbers off Belitung Island in the Java Sea, the wreck contained a massive ceramic cargo of over 60,000 pieces.

Treasure hunter Tilman Walterfang, through his commercial salvage company Seabed Explorations, undertook the recovery of the Belitung artefacts across two seasons. The vulnerable maritime treasures of Indonesia are under the constant threat of looting, with invaluable archaeological information being lost on a huge scale. As a result, the first season of work at the wreck focused primarily on the urgent retrieval of the ship’s precious cargo, forgoing the usual meticulous procedures associated with underwater excavation. Walterfang explains: ‘The pace of the excavation had nothing to do with the fact that our operations were privately funded. The threat of imminent looting if we were to turn our backs on the wreck site for just a few hours was merely one of the detrimental factors which played a role in the decision-making processes.’

Despite the presence of the Indonesian navy, the site was plundered when the excavation was halted during the monsoon. Maritime archaeologist Dr Michael Flecker, who supervised the second season in 1999 insists that ‘a huge amount of contextual information was recorded, particularly with regard to unique artefacts and the ship itself. Construction details were accurately documented, and many timber species were identified’. These organic samples were vital in enabling experts to identify the Belitung wreck as an ancient dhow – and the only vessel of Arabic origin to be discovered in South-east Asian waters.

The contents of the ship were a revelation. Providing a vivid picture of the Maritime Silk Route, the Belitung is the first archaeological evidence of Arab shipping in South-east Asian waters during the 1st millennium. The ceramics are the richest collection of artefacts dating from the Tang Dynasty (AD 618-907) to be discovered outside China. The cargo provided new evidence of a global trade that existed over 1,000 years ago between West Asia and China. The ceramics, highly prized for the ornate designs and colourful glazes, were destined for buyers in Pakistan, Iran, Iraq, Saudi Arabia, Egypt, and North Africa.

International interest led to Seabed Explorations selling the entire collection to Singapore’s Sentosa Leisure Group in 2005 with a record-setting $32m-price tag. Writing in the official Shipwrecked guide, Director of the Sackler Julian Raby suggested: ‘Rather than repudiate the recovery as a travesty of the principles of maritime archaeology, I hope that we can be grateful that the cargo was not completely plundered by local fishermen, and that the salvage team chose to sponsor an archaeological survey and maintain the vast majority of finds as a single collection.’

Objections started to grow in 2010 when the Smithsonian’s Sackler Gallery, the Singapore Tourism Board, and the National Heritage Board of Singapore announced a partnership that would see Shipwrecked open in Singapore and Washington DC before commencing a five-year international tour. Elizabeth Bartman, President of the Archaeological Institute of America, issued a statement saying the exhibition put the Smithsonian Institution ‘in the indefensible position of aiding those who believe that antiquities are a commodity to be mined for personal or corporate financial gain. They are not – they are part of the world’s cultural patrimony’. Scientific groups continued to voice strong concerns that the Smithsonian was displaying maritime heritage that had been bought and sold commercially for a profit, despite UNESCO guidelines stating that ‘underwater cultural heritage shall not be traded, sold, bought or bartered as commercial goods’.

There has always been an uneasy relationship between archaeologists and commercial salvage groups. The main concern is that scientific standards of excavation are sidelined in the pursuit of profit by salvaging enterprises. Underwater archaeologist Dr Nick Dixon notes: ‘Obviously, the public would like to see treasure, and the profit that can be gained by a museum through visitor numbers is significant. But unless the material has been properly excavated and recorded it is likely to contaminate the good name of the institution that shows the items.’

In an unexpected turn of events, following the cancellation, the museum announced it was considering a recommendation to re-excavate the Belitung shipwreck site. In a press statement, Julian Raby suggested that as well as providing training for a new generation of South-east Asian underwater archaeologists, ‘scientific re-excavation could reveal context that was lost or ignored in the original salvage operation’. Yet Dr Flecker questions this: ‘For better or worse, by the completion of the excavation there was no artefact-related contextual information left to glean.’

The Smithsonian has touched on a continuing problem in many South-east Asian countries: there are limited funds and expertise in the region to ensure that the rich underwater heritage is protected from the rising tide of looters. Wrecks discovered are either stripped bare by illegal divers or excavated by archaeologists under the profit-driven supervision of commercial salvage companies. Dr John Miksic from the National University of Singapore warns: ‘Unless something is done in the next five years, almost all data on underwater archaeology in South-east Asia will be destroyed. Concerted action is needed, and innovative arrangements – including private-public collaboration in underwater archaeology –
will have to be employed, because no government is going to allocate
the necessary resources to this type of research.’

With some experts supporting Shipwrecked on the basis that public-private partnerships can help stop the looting and loss of underwater artefacts, it is clear that this ongoing battle over ethics, politics, and commercial interests is far from being resolved.