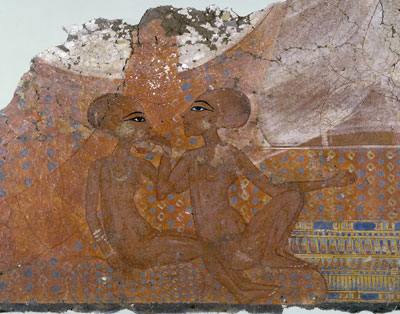 The Ashmolean Museum’s new Egypt and Nubia galleries are now open to the public, after a £5m refurbishment.

The project involved a complete redesign of the museum’s four existing Egypt rooms, expanding into the Ruskin Gallery, to showcase more of their world-renowned collection and thereby allowing objects previously hidden away in storage for decades to be exhibited – more than double the previous number of mummies and coffins are now on display.

Spanning 5,000 years, the galleries cover themes including ‘Egypt at its Origins’, ‘Dynastic Egypt and Nubia’, ‘Life after Death in Ancient Egypt’, ‘the Amarna Revolution’, ‘Egypt in the Age of Empire’ and ‘Egypt meets Greece and Rome’.

Gathered over three centuries, the Ashmolean’s Egyptian collections comprise some 40,000 artefacts and include the famous wall painting from Amarna showing the young daughters of Akhenaten and Nefertiti, and the Shrine of Taharqa from the temple at Kawa – the only free-standing pharaonic building in Britain.

The Ashmolean is the oldest university museum in the world, founded in 1683 to house curiosities donated to Oxford University by Elias Ashmole. This latest development, supported by Lord Sainsbury’s Linbury Trust, follows a £6m overhaul of the museum’s buildings which was completed in 2009.