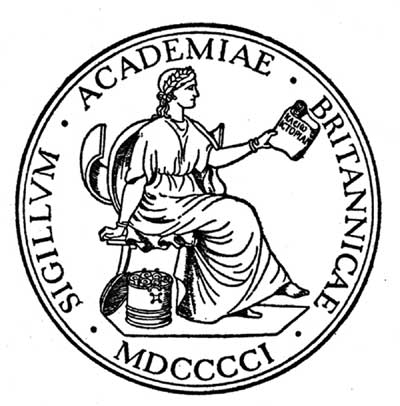 There are eleven institutions currently sponsored by the British Academy to enable British scholars across the humanities and social sciences to undertake world-class original research and fieldwork in overseas regions of strategic importance to the Academy, and to encourage and facilitate collaborative research with other UK institutions and with scholars and institutions overseas. The grants they receive help them to provide access, facilities, financial and logistical support, and the means for researchers to communicate and share their results. The institutions supported in 2006-07 are: Following a strategic review, the Academy decided to launch a Learned Societies Programme in 2006, with funds becoming available in 2007. Historically, the Academy’s support for such bodies had been somewhat restricted in terms both of academic subject and of geography. The reflect changing research priorities and opportunities, and in particular to open up the possibility of support to bodies concerned with other subjects across the Humanities and Social Sciences spectrum and working in other parts of the world.

Societies in current receipt of funds were eligible to apply for renewal of support, but in open competition. Funding arrangements for the overseas Schools and Institutes are largely unchanged, and the Academy’s block grant to the Council for British Archaeology is also unaffected.

The allocation process was a challenging one, with some 40% more funds being bid for than available. The Academy considered each application carefully and rigorously against the Programme’s strategic objectives.

Successful societies being funded by the Academy for the first time as a result include The African Studies Association of the UK, The British Society for Middle Eastern Studies, The Societies for Caribbean and Latin American Studies (in a combined application), and the British Association for South Asian Studies (in a combined application with the currentlysupported Society for South Asian Studies).

The Association for South-East Asian Studies UK will continue to receive Academy funding, as will the Society for Libyan Studies.

In the case of two currently funded societies (The British School at Iraq and the Egypt Exploration Society), their applications did not meet the Programme criteria to the same extent, although their track records of quality work in their particular areas of expertise in the past were acknowledged. A decision was taken to continue their funding at a reduced level for the two years 2007-08 and 2008-09, and to cease Programme support beyond then. In determining the level of funding in these two cases, careful attention was paid to the information that the Societies had provided about their ongoing obligations. They are being allocated grants to enable them to bring to completion/publication existing research activities, and to assist a professional winding up of other activities for which they cannot find other sources of funding. Both will be encouraged to consider applications to other Academy programmes and to the Research Councils for funding on a project-by-project basis.

Both will also be eligible to reapply to the Learned Societies Programme when future competitions are announced.

The Academy admires the work of the Egypt Exploration Society and the British School of Archaeology in Iraq, and understands the challenge that these decisions present to them. The former has a distinguished record of archaeological fieldwork, and the latter has been prominent in highlighting the plight of Iraq’s cultural heritage and in fundraising for this cause.

However, since 1990, the School has been unable to undertake field research in Iraq, its principal raison d’être, and British scholars have been unable to visit in an official capacity. The British Academy will continue to support both societies for two more years, albeit at a reduced level, but our grant-giving remit is to facilitate research across the humanities and social sciences, and it is now our belief that the public funds which we oversee will create more value for the UK if redirected to some of the many other societies that are able to conduct high-quality strategic research in other geographical regions.