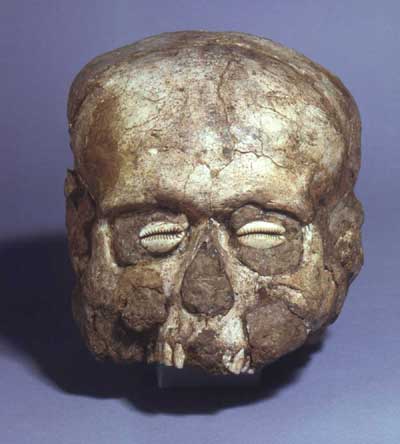 The Ashmolean in Oxford was founded in 1683, making it the oldest museum in Britain. But with age can come problems; and this has certainly been the case for the Ashmolean. The museum is now part of the University, and from the front it all looks very imposing, with the fine façade built by Cockerill. But behind it is a different story. Most of the display areas were built as ‘temporary accomodation’ in the 19th and 20th centuries and had long out-lived their sell-by date. It was time to pull them all down and start again. Now, a huge refurbishment programme is underway. Over 30 new galleries are set to replace the old 19th century extensions, doubling the existing gallery space.

However, the museum’s refurbishment will not be finished until the start of 2009, and the Ashmolean hardly wants to lose its visitors while this work is underway. The museum’s solution has therefore been to create a temporary exhibition that will last throughout the period of redevelopment. The display will contain all the most significant objects from the museum’s famed archaeology, eastern art, coins and casts collections. There has been plenty to choose from since the museum’s collections include the greatest collection of Egyptian pre-Dynastic material outside Cairo, the largest and most important selection of Raphael drawings in the world, and the only great Minoan collection outside Heraklion.

The curators have chosen over 200 disparate objects that originate from four continents, represent more than thirty cultures, and span over ten millennia. The exhibition, which is free to enter, opened on May 24th 2006 and will continue until December 31st 2008. ‘Visitors’, we are told ‘can explore some of the finest expressions of the human spirit from Nineveh and Ancient Egypt to the Renaissance and the 20th century’.

Thus, some of the outstanding items shown in the exhibition include the beautifully- crafted Middle Assyrian Relief dated to the early 7th century BC, and the even earlier, Jericho Skull.

The skull is one of archaeology’s most famous artefacts. Dating to c.8000 BC, it was found at the site of Jericho on the West Bank. It had been plastered and painted to accentuate the shape of the face, while the eyes were represented by decorative bivalve shells.

The collections from the Far East are represented by textiles, ceramics and sculpture. For example, visitors can see the four-armed god Vishnu – one of the earliest recorded Indian sculptures to have entered a western museum. Indeed, in 1690 the Ashmolean Book of Benefactors records the gift of this statue from Sir William Hedges, formerly governor of the East India Company in Bengal, to the newly founded Museum. This item exemplifies the early influx of Indian art into the West.

Other oriental objects include the 9th century Chinese Horse (pictured), a perfect example of one of the tomb horses from the T’ang dynasty. Also included is Jômi Eisuke’s Japanese masterpiece, Hawk on a Perch c.1890. Dating from the Meiji period, this gold and silver sculpture is thought to have been made for one of the International Exhibitions, a medium through which Japan sought to compete with the industrial nations of the West by demonstrating the skill of Japanese craftsmen.

Closer to home, one can witness the Alfred Jewel, dating to around 871-899. This is the most precious Anglo-Saxon antiquity in the collection. It is set in gold, enamel and rock crystal, and carries the inscription ‘Alfred ordered me to be made’.

The exhibition also features the infamous Guy Fawkes’s Lantern which was given to the University of Oxford in 1641 by Robert Heywood. He was the son of a Justice of the Peace who had been present at the arrest of Guy Fawkes in the cellars of Parliament House, when the Gunpowder Plot was foiled on 5 November 1605.

While some may complain about the refurbishments, and the fact that a large proportion of objects are in storage, the museum’s temporary solution seems a good one.