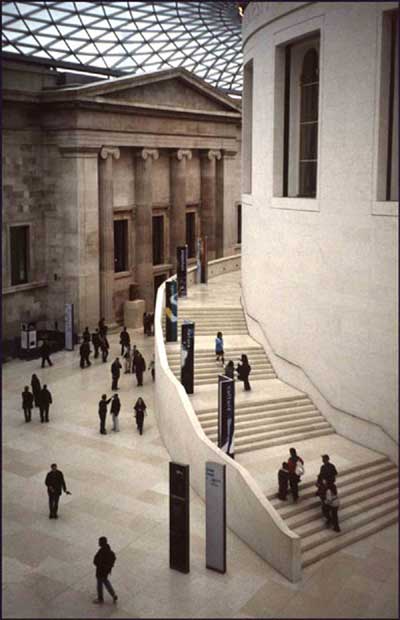 While at our conference, we could not help noticing the huge banners proclaiming ‘Africa at the British Museum’. This year, we are told, ‘venues across London celebrate the creativity and perspectives of Africa, its history and its many diverse cultures, under one umbrella, Africa 05’. The BM was doing its bit, and had set up an exhibition called ‘Made in Africa’ which turned out to be the last word in minimalist museology. There were just three objects, three handaxes from Olduvai Gorge, beautifully presented, which were offered for our delectation. Indeed, we were told that one of the objects, a small handaxe from Olduvai Gorge ‘is one of the most beautiful objects in the British Museum’. It is not a flint handaxe but made from quartz, which has ‘attractive violet amethyst banding’. ‘Does it show the beginning of an artistic sense?’ opines the label.

True, there are other objects making up the Africa theme at the museum, notably a display of money from Africa in the Coins and Medals Gallery, with individual objects being targeted in other galleries. Nevertheless, one could not avoid the impression that, as with The Turks exhibition, this was basically Blairite politics. The word had gone out: turn 2005 into an ‘Africa’ year, and the BM is obediently doing what the government tells it to do.