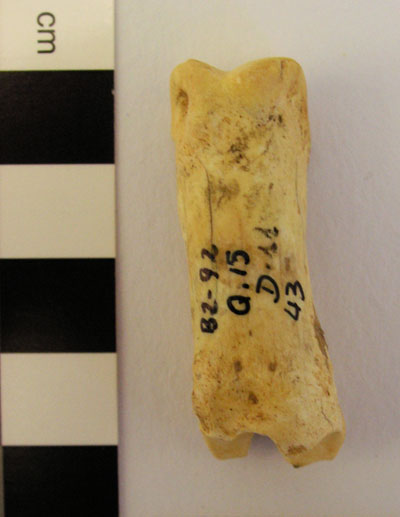 Neanderthals might have died out 15,000 years earlier than previously thought, meaning that they could not have interacted or interbred with modern humans, new analysis suggests.

For 20 years it had been thought that pockets of Neanderthals survived in southern Iberia until c.36,000 years ago. As Homo sapiens arrived in the northern part of the peninsula c.42,000 years ago, archaeologists had speculated that the two subspecies might have coexisted for several millennia. Now, new evidence from fossilised bones excavated at 11 sites in modern Spain has cast doubt on this theory. Recently published in Proceedings of the National Academy of Sciences, the revised dates push back evidence of Neanderthal activity to thousands of years before humans arrived on the scene.

An international team of researchers retested 215 bones that previously had yielded radiocarbon dates supporting the late survival of Neanderthals. Their study used a dating technique called ultrafiltration, which removes modern carbon that can contaminate ancient collagen and distort results.

Only 27 of the bones were found to contain sufficient collagen to analyse, and of these, the team were able to obtain dates for six, representing two sites called Jarama VI and Zafarraya. Originally excavated in the 1980s and 1990s, both sites had been previously dated to c.35,000 years old. The new dates were found to be consistently around 15,000 years older, however.

‘Our work suggests that at present is it unlikely that Neanderthals survived any later in this area than they did elsewhere in mainland Europe,’ said Prof. Thomas Higham, from the Oxford Radiocarbon Accelerator Unit at the University of Oxford. ‘We now have to focus our efforts on more rigorous dating programmes to further test the hypothesis.’