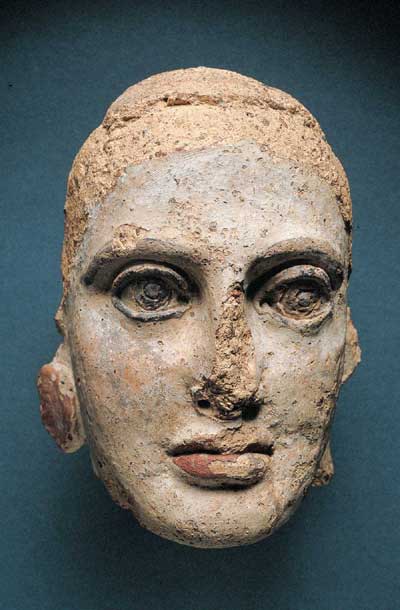 This summer’s exhibition at the Royal Museum, on Chambers Street in Edinburgh, is entitled Treasures from Tuscany: the Etruscan Legacy. Featuring nearly 500 Etruscan objects that have never yet been shown in the UK, it is a must-see for anyone interested in the archaeology of that region. Among the goodies on display are spectacular gold jewellery, fine ceramics, life-size sarcophagi, and beautiful bronze figurines.
The exhibition, which runs from 16th July until 31st October 2004, offers a rare and fascinating insight into the Etruscans, an ancient civilisation of highly sophisticated and literate people. Contemporaries of the Ancient Greeks, the Etruscans were a pre-Roman culture whose lands occupied an area between present day Florence and Rome. They were talented craftsmen, traders, sailors, agriculturalists, builders and engineers. Indeed, they developed much of the technology we associate with the Romans, whose might eventually overtook them.
The exhibition will be accompanied by a comprehensive events programme including study courses, jewellery and crafts workshops, music, opera and theatre.
Treasures from Tuscany is one of a number of Italian-themed events taking place in Edinburgh and Glasgow to mark the 40th anniversary of the twinning agreement between Edinburgh and Florence, and a more recent co-operation agreement between Scotland and Tuscany.