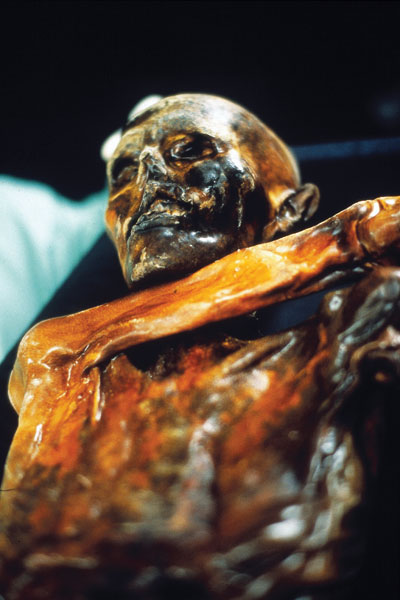 Researchers studying 5,300-year-old ‘Oetzi’ have found traces of blood, the oldest red blood cells ever recovered, showing he died shortly after his wound was inflicted.

Tissue samples from his fatal arrow wound revealed the distinctive ‘doughnut’ shape of red blood cells, and fibrin, a protein associated with blood clotting. The traces of fibrin show the ice mummy’s blood did not have time to clot before he died. Project leader Prof Albert Zink said: ‘Fibrin is present in fresh wounds and then degrades, so the theory that Oetzi died some days after he was injured by the arrow can no longer be upheld.’