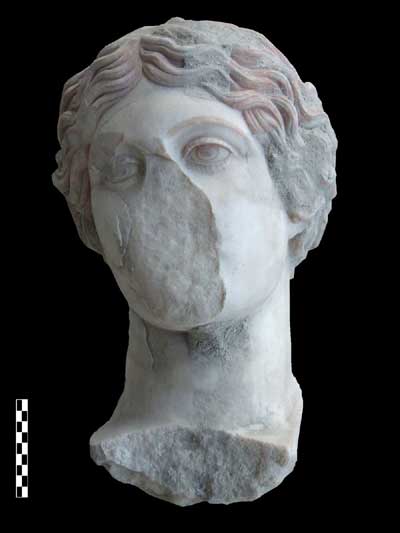 Domenico Camardo is the lead archaeological consultant of the Herculaneum Conservation Project, a partnership between the Packard Humanities Institute , the Soprintendenza Archeologica di Pompei and the British School at Rome to conserve and enhance Herculaneum, Italy. He is also Scientific Director of Sosandra , a company that specialises in archaeological and geological services.

What do you do at Herculaneum?

I’ve been the lead archaeological consultant of the Herculaneum Conservation Project since the project was launched in 2001. Herculaneum was in a serious state of abandonment prior to the project. Our project aims to save the site from decay and to maintain it for the future. Initially, we carried out in-depth archival research of the excavation diaries, plans and the photographic record from the 1927-1961 campaigns when most of Herculaneum was uncovered. This gave the conservation specialists invaluable information. From 2004, we were then able to begin on-site conservation work and archaeological investigations.

You should simply wander through the streets of Herculaneum. It has entire multi-storey buildings, replete with balconies, wooden doors and floors, iron window grates, and so on. One has the impression of being in one of Italy’s many small medieval town centres rather than in a Roman city from 2000 years ago.

…And what place should readers avoid at the site?

Rather than a place, I would advise not visiting in the middle of the day in the summer, when Herculaneum gets incredibly hot.

One of the site’s most magical places is the theatre. This hidden gem can only be visited via tunnels that were excavated in the 17th century. In recent years, access has been limited to scholars with special permission from the heritage authority. This is because of hazards tied to water infiltration, the lack of lighting, the presence of open vertical shafts, and limited air-change resulting in a high concentration of radon gas which means people must limit their visits to about an hour.We are looking to make the theatre safe, after which time it will then opened to the public.

Which museum should readers visit to see more?

The National Archaeological Museum at Naples is one of the world’s most extraordinary museums thanks to its collection of wall-paintings, statues and objects from the 18th century Bourbon excavations at Pompeii, Herculaneum and Stabiae. If you visit the museum, perhaps even before going to the archaeological sites, you will have a better perception of how Roman cities were furnished.
Our own on-site museum is currently in the final stages of being fitted out. But once open, we are sure visitors will be amazed by the richness and uniqueness of the objects on display: from wooden furniture to gold jewellery found at Herculaneum over the last 70 years.

Tell us your favourite anecdote about the site

It happened a few days ago during the visit of an important delegation of Asian guests. One asked me if the plants and trees in the garden of a particularly wellpreserved house were from the Roman period. It made me smile, but it isn’t so surprising given the perfect survival of so many other items at Herculaneum including 2000 year old chicken eggs and beautifully baked bread!

What plans are afoot for the site?

Our current priority is to slow the decay of the site to avoid losing any more of the buildings, wall-paintings and mosaics.

Once the situation is under control and a manageable system of maintenance has been drawn up with the heritage authority, it will be possible to restore individual urban blocks and houses. Ultimately we hope it will then be possible to open most of the buildings to the public.

What do you think might still be hidden at Herculaneum?

There is still so much to discover and understand.We have amazing plans of parts of the buildings that are still buried that were drawn up during the Bourbon excavations carried out by tunnelling in the 18th century. But I’m sure that any new excavation would involve surprises greater than anything we can imagine.