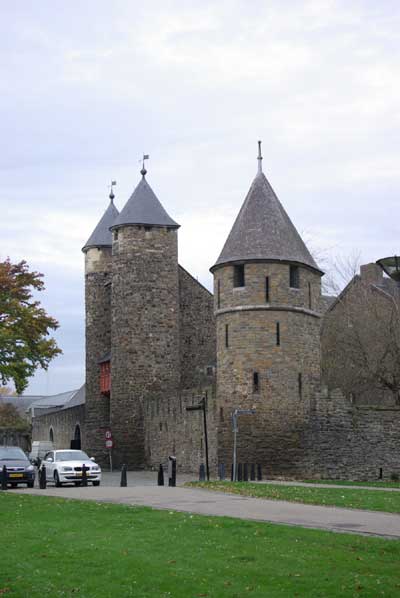 Analysis of nine skeletons, accidentally found during digging in the front garden of a home in the Maastricht district of Biesland in Holland last year, is revealing some interesting and surprising information.

The skeletons were found in a small cemetery that was probably dug at the end of the 16th century. Indeed, one of the graves contained two Dutch farthings dating from 1575 and 1578. The people – eight men and a ninth of indeterminate sex – were buried in a series of separate pits, each neighbouring the next. None of the graves contained clothing or footwear. The skeletons varied in age from 21 to 52 years.

However, there were no noticeable bone breaks, nor any injuries to suggest a violent death. Nor were any military items buried with them. Moreover, some of the skeletons showed symptoms of spina bifida, osteoporosis, arthritis, spinal complaints, infections plus fractures that appear to be due to strain rather than necessarily fighting. All the skeletons had reasonably good teeth, with one exception whose teeth were very worn.

Since this fascinating exploration into forensic archaeology has failed to provide good evidence for a military association, the researchers are making no further pronouncements over the earlier-touted battlefield connection.

The skeletons are currently being stored at the anatomy department of the Leiden University, and will be transferred to the archaeological department in Maastricht later this year.