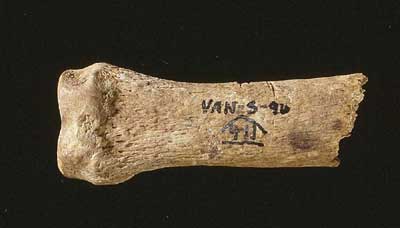 Joining us in the ‘smart’ league was another hominin species, the Neanderthals, whose diet, we now know, thanks to excavations in two of Gibraltar’s coastal caves, included cooked mussels, baby seals and dolphins.

Gorham’s Cave and Vanguard Cave served as two of the last refuges of our doomed cousins, reduced in numbers from the large populations of Neanderthals that were once found from Asia to Western Europe. Here their diet — deduced from the isotopic signatures in their bones — was heavily dependent on meat from land animals such as deer, mammoth and horse. But, like early modern humans who had a much broader diet, the Neanderthals of Gibraltar exploited marine foods.

An international team led by Chris Stringer, of London’s Natural History Museum, and Clive Finlayson, of the Gibraltar Museum, have found rich evidence of Neanderthal occupation covering more than 50,000 years in the Gibraltar caves. Among the remains of hearths that have been carbon-dated to around 28,000 years ago — predating the probable extinction of Neanderthals by about 7,000 years — cooked seafood has been found, including the remains of monk seal and dolphins, fish such as sea bream, and shellfish such as mussels. More than half the bones belonged to young mammals, suggesting the Neanderthals were hunting for marine foods on a seasonal basis, foraging in coastal habitats to find vulnerable seals, as well as shellfish.

‘The seal bones we found have clear cut marks and peeling, from Neanderthals bending and ripping them from the body to remove meat and marrow. The mussel shells had been warmed on a fire to open them,’ said Professor Stringer.

The caves contain hearths, flint stone tools, and butchered land mammals such as ibex, red deer, wild boar, bear and rabbit. Given their diverse diet, ‘it may be no coincidence that they survived longest in this part of the world’, said Professor Finlayson. •