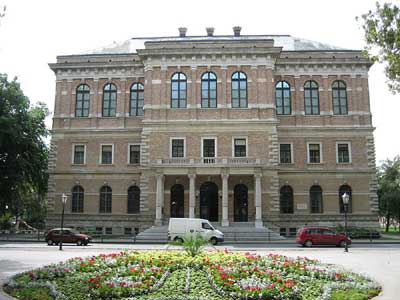 Rates in the incidence of cancer are increasing each year. But how much were our ancestors affected by the disease? This July, at the 18th Meeting of the European Association of Cancer Research (EACR-18) in Innsbruck, Mario Slaus of the Croatian Academy of Sciences and Arts in Zagreb presented archaeological findings that suggest the disease was very uncommon even in our recent ancestors. This reinforces the concept that cancer is a ‘modern’ disease and is largely a consequence of the greater longevity we are now experiencing.
Dr Slaus and his colleagues analysed the skeletal remains of the 3,160 individuals in the Skeletal Collection at his Academy. The collection dates from 5,300 BC to the 19th Century AD and come from archaeological sites across Croatia. Slaus and his team looked for evidence of neoplasms (uncontrolled and abnormal tissue growth). Using a range of analytical tools, including gross morphology, X-rays and CT-scans, they discerned only four cases of neoplastic disease in individuals ranging from 3-4 to 50-60 years of age. All four cases, by necessity, involved bone neoplasms (since bone was the only tissue remaining). The team diagnosed two fibrous cortical defects, an osteochondroma and an osteoma. All three conditions were benign, with little potential for malignant transformation.
‘The low frequency of neoplasms in the Croatian Skeletal Collection is characteristic for archaeological material’, said Dr Slaus. ‘We found no evidence of secondary bone tumours in any individual in the collection, a factor that is probably explained by the fact that the mean age-at-death of the specimens is 35.6 years. Primary malignant and benign tumours of bone are relatively rare, even in young individuals where the incidence of these neoplasms is highest, while secondary tumours of bone, although much more common, are associated with older age’.
Indeed, modern life expectancy is higher than ever before; a consequence of such factors as better nutrition, better sanitation and more accessible healthcare. But modern living brings with it some unprecedented widespread health horrors. The factors most clearly correlated with the development of cancer in the European Union are smoking – estimated to cause 30% of all cancer deaths, and obesity or dietary factors – estimated to be responsible for a further 30% of all cancer deaths. However, these factors often take many years to lead to the development of symptomatic tumours, so it is typically aging populations that show a higher incidence of the disease.
In the past, other illnesses would have unleashed their fatal impact long before cancer got its way. For example, the individuals in the Croatian Skeletal Collection succumbed to diseases such as syphilis, tuberculosis and leprosy. Such illnesses, not to mention childbirth or other complications no longer regarded as life-threatening in developed countries, would have contributed much more significantly to mortality in our ancestors.
The Croatian Skeletal Collection demonstrates how cancer is, in large part, a consequence of our recently significantly increased life-span, as well as major changes to our lifestyle. Indeed, the current incidence of cancer in Europe, and the increasing incidence being seen in the developing world, can be massively reduced through greater education about the benefits of not smoking tobacco, by encouraging people to eat a diet plentiful in fresh fruit and vegetables, through the promotion of a lifestyle that includes regular exercise and by encouraging people not to drink excessive amounts of alcohol. But in which case, would boredom send us all to an early grave?