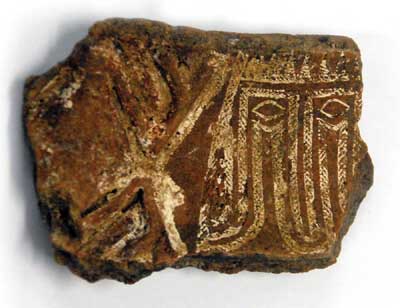 Though huge distances separate the islands of the Pacific from the nearest continents, archaeologists have discovered that Lapita people made the 3,000km-plus journey eastward from Papua New Guinea to Fiji around 1100 BC.

Evidence of such journeys has come from a Lapita settlement on Fiji dating from this migration period, and predating any other settlement on Fiji by some 200 years, found late in 2007 by Patrick Nunn, Professor of Oceanic Geoscience at the University of the South Pacific in Fiji.

The site, at Bourewa Beach, on the south-western coast of Fiji’s main island, Viti Levu, was occupied for some 500 years, from its foundation around 1100 BC until its abandonment about 550 BC. During this period, there were at least two distinct phases of settlement, ‘presumably associated with the arrival of new migrant groups’, said Professor Nunn.

The inhabitants lived in stilt houses built on a sand ridge with a coral reef on one side and a brackish-water lagoon on the other. ‘Why the Lapita people favoured such complicated structures, rather than simply living on dry land 30 metres away, is a mystery’, says Professor Nunn, but shellfish were clearly important to them: deep shell middens show that they consumed large amounts of shellfish not only as food, but during the 2007-2008 season of excavations, Fiji Museum staff member Sepeti Matararaba also found a cache of shell jewellery deliberately buried under an upturned clay pot.

Professor Nunn described the early Lapita migrants as ‘real artists’. Quantities of intricately decorated pottery were found, with incised geometric designs and face motifs and infilled with lime-based paste to create colour contrasts between the body and the decoration. Analysis of the designs suggests that the Fiji settlement was colonised directly from the Bismarck Archipelago of Papua New Guinea, 3,250km away in a straight line. The inhabitants of the Bourewa site used stone axes and adzes for hollowing out canoes but also small stone chisels, suggesting that the Lapita people were also fine woodcarvers.

Future fieldwork in the Bourewa area will examine in more detail the sites where clay for pot manufacture was quarried and where stone tools were being manufactured from the local greenstone (dacite). Professor Nunn is also intrigued by the possibility that the first migrants brought pigs with them, as well as chickens, dogs (and rats). The time when pigs were introduced has long been controversial, most previous research suggesting that pigs arrived after the end of Lapita culture.

An illustrated report on Nunn’s work at Bourewa Beach, Echoes from a distance (2008), can be downloaded from the University of the South Pacific website www.usp.ac.fj/index.php?id=6482 •