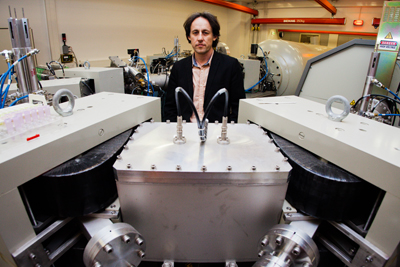 Researchers at the University of Oxford and at University College Cork, in Ireland, have dated a Neanderthal fossil discovered in a significant cave site in Russia in the northern Caucasus, and found it to be 10,000 years older than previous research had suggested. The research centres on Mezmaiskaya Cave, a key site in the northern Caucasus within European Russia, where the team directly dated the fossil of a late Neanderthal infant from the Late Middle Palaeolithic layer, and a series of associated animal bones. They found that the fossil was 39,700 years old, and they found no evidence that Neanderthals survived at the cave site beyond this time.

The revised dating reopens the debate about the degree of interaction between Neanderthals and modern humans, and suggests that Neanderthals were already extinct in northern Europe before anatomically modern humans arrived on the scene. Climate change, dwindling resources, or other scenarios thus need to be sought to explain Neanderthal extinction, rather than genocide or competition with Homo sapiens.

Dr Tom Higham, Deputy Director of the Oxford Radiocarbon Accelerator Unit, which carried out the dating, said that existing dates obtained from fossil bone have systematically provided younger dates because of contamination with more modern particles. The lab has developed new dating techniques ‘that mean we can purify the collagen extracted from tiny fragments of fossil very effectively without contaminating it’.

He and his fellow author, Dr Ron Pinhasi, from University College Cork, believe that the only way to settle the possible associations between Neanderthal extinction, the dispersal of early modern humans, and climate change is to undertake a systematic re-dating programme of all Neanderthal and anatomically modern human fossils. It is perfectly possible too, says Dr Pinhasi, stone tool assemblages, such as the Mousterian, that have been attributed to Neanderthals, might actually have been produced by modern humans’.