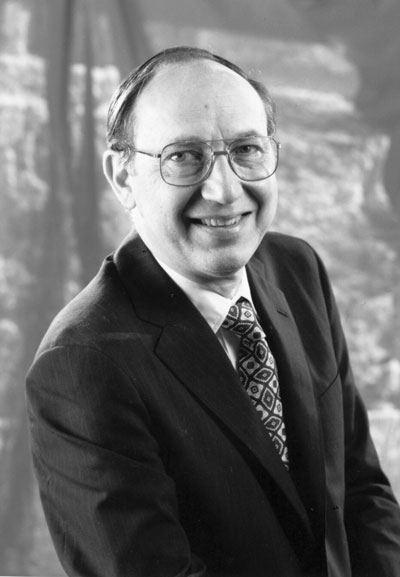 One of the most successful archaeological magazines in the world is one that most British readers will not have heard of: Biblical Archaeology Review with a circulation of more than 150,000 subscribers. It deals with the archaeology of the Bible and is full of fascinating articles such as: Is this the room where Jesus turned water into wine? But it is all done on a solid archaeological basis from a delightful semi-sceptical point of view. Now its editor, founder, and owner, the inimitable Hershel Shanks has written his autobiography entitled Freeing the Dead Sea Scrolls: and other adventures of an archaeology outsider.

Hershel, whom I last met on a river boat in New Orleans at a meeting of the Archaeological Institute of America, is a Jewish Washington lawyer. He was born in 1930 to a small shopkeeper in Sharon, Pennsylvania – his father came from Kiev. He was not at first a brilliant scholar but he improved, and having been to several universities, each more prestigious than the one before, he ended up in Harvard Law School. He then joined a law firm – where he earned a reputation as a pugnacious litigator. He decided to take a year’s sabbatical and went to Jerusalem to write a novel. He wrote 300 pages and then realised he was not a novelist. But by now he had become hooked on archaeology, so instead he wrote a guidebook: City of David – a guide to biblical Jerusalem.

He then returned to Washington, resumed the law, but determined to write about archaeology. He had difficulty in finding any suitable outlet, so he decided to publish his own newsletter, to be called the Biblical Archaeology Review, devoted to ideas, not pictures, focusing on ‘the new, the unusual, and the controversial’.

The magazine launched in 1975, and at the end of the first year had accrued 3,000 subscribers. But then he realised that some nice pictures might be a good idea, so next year he added a four-page colour section. The following year he began to employ staff and also achieved his first major notoriety by publishing an article on the Cardo at Jerusalem where the excavator refused to supply a photograph. So they published a blank space instead, with an explanation of why it was blank. The excavator was not pleased. (It is an idea I was tempted to adopt myself from time to time when a contributor was less than helpful with photographs).

Two years later they went up to a bigger magazine format, and in 1982 they went into colour throughout: their circulation rose to around 20,000. All this time, Hershel continued to work as a lawyer but he spent less and less time on the law and finally in 1987 he bowed to the inevitable, and became a full-time publisher and editor.

His big breakthrough came over his crusade for the Dead Sea Scrolls. The Dead Sea Scrolls had been retrieved in the 1940s and 1950s and an informal Scrolls team was set up to publish them, funded by John D Rockefeller. But with Rockefeller’s death in 1960, the rate of publication declined.

Then in 1967 came the Six-Day War when the Israelis captured the Palestine Archaeological Museum where the Scrolls were housed and renamed it the Rockefeller Museum. Not wishing to antagonise the mainly Catholic Scrolls team, the Israeli authorities acquiesced in the status quo, but by 1985 the slow rate of publication had all but dried up, for the team were sitting on the Scrolls and not allowing anyone else to see them. Hershel became a vocal critic of the team.

Then Hershel saw a way to break the embargo. From the early days, a Concordance had been prepared: all the words that occur in the Scrolls were listed, together with their context. Initially this was done on a set of record cards, but then in 1988 the record cards were photographed, and a very limited edition was published, strictly for the use of the editors. Hershel got hold of a copy, and a young scholar set to work with his computer and soon the entire text could be reconstructed. In 1991, what Hershel called fascicle one of the ‘Preliminary Edition’ was published, to howls of outrage at what was called ‘stealing’.

However, the real crisis came two years later, when he published a two-volume set with a combative ‘Publisher’s Foreword’, in which he referred to a commentary on one of the texts, naming one of the authors and not the other. The young scholar (Elisha Qimran) claimed that his copyright had been impugned and sued in the Israeli courts even though the book had been published in America.

Much to Shanks’s chagrin, the young scholar won, and was awarded $40,000 in costs, which, with payment of lawyers’ fees, meant that Hershel had to pay out some $100,000 in all. Needless to say, Israeli justice does not come out well in Hershel Shanks’s account

But though Hershel Shanks lost in the courts, he did very well commercially. Unfortunately what should, for me, be the most interesting part of his autobiography – how the circulation went from somewhere around 20,000 subscribers to something I believe approaching 200,000 subscribers – is missing from the book; but clearly one way to achieve massive publicity and commercial success is to have a huge lawsuit brought against you and lose: not to my taste, thank you – but it works!