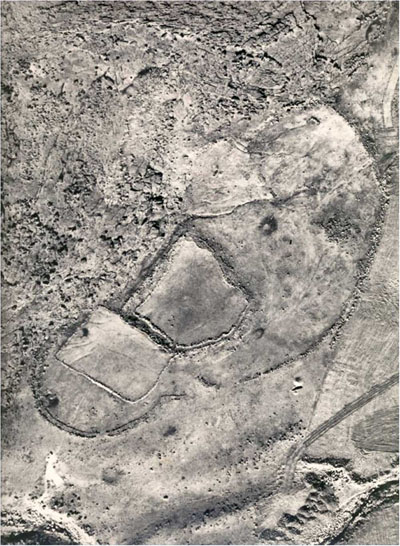 Foot-shaped structures found by researchers from the University of Haifa in the Jordan valley are being interpreted as encampments and places of assembly built by the People of Israel upon entering the Land of Canaan in order to establish ownership of the land. Five such structures, all designed in the shape of a human foot, have now been surveyed by Professor Adam Zertal and his team as part of their Manasseh Hill-Country Survey covering the Jordan Valley and the Samaria region to the west.

Two of the sites (Bedhat esh-Sha’ab and Yafit 3) were excavated between 2002 and 2005 and their foundation has been dated from ceramic evidence to the outset of the Iron Age I (the 13th to 12th centuries BC). Paved circuits, some two metres wide, were found around the structures. Professor Zertal explained that these were probably used as processional paths. ‘Ceremonial encirclement of an area in procession is an important element in the ancient Near East,’ he said, adding that ‘the Hebrew term hag (festival) comes from the verb hug, to encircle’. It is possible that such stone enclosures are the ones referred to in the Bible as gilgal (a camp or stone-structure), serving as places of human assembly, possibly for ritual or preparation for battle. The Bible also has a wealth of references to the foot as a symbol of ownership, and of God’s promise to lead Abraham’s people to Canaan, the Promised Land.