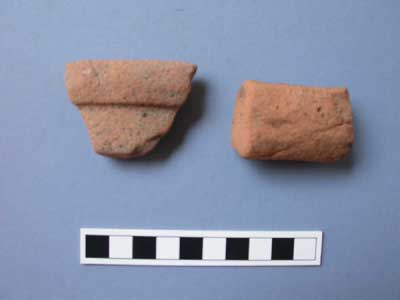 In the first centuries AD, the port of Muziris was a major centre for trade between Rome and southern India. It specialised in the export of highly prized spices, notably pepper. Such was its value in ancient times that it was exchanged for Roman gold. Muziris is mentioned by a number of Roman sources including Pliny the Elder, but with time, the once-bustling port fell out of use and literally disappeared from the map.

Over the years, people have been in search of the almost mythical port, known as Vanchi to locals. Until recently, the best guesses for the location of Muziris looked to the north bank of the Periyar river, at a town called Kodungallor in the modern-day state of Kerala on the south-west coast of India. Strangely archaeological evidence to support this identification was not particularly forthcoming. Now, archaeologists working south of the Periyar river just 7 kms from Kodungallor believe they may have solved the mystery of its location.

Drs K P Shajan (Cochin University of Science and Technology) and V Selvakumar (Centre for Heritage Studies, Hill Palace, Tripunithura) have located an important port site for overseas trade at the smaller town of Pattanam, a modern settlement where even today spices are cultivated. They believe this could well be part of the legendary site of Muziris since, as yet, it is the only site in the region to produce architectural features and material contemporary to the Roman period.

Ceramics expert Dr Roberta Tomber of the British Museum has been working with the team and agrees with their assessment. Tomber emphasises that no other settlement site in south-west India has yielded Roman archaeological evidence alongside numerous Indian finds from the same period. Moreover, she finds the many pieces of Roman amphorae – a key indicator of trade with the west – significant.

Speaking to CWA Tomber said ‘The Romans’ fascination with India stems back to Alexander the Great who was a model for succeeding Roman emperors, and his tales of the fantastic things, products and people there served to galvanise the Romans’ desire to continue these links.’ Of course, the Romans were keen traders, often in search of the exotic for which they were apparently prepared to pay high prices. A number of ancient texts spell out the enormous value and corresponding financial risk that traders’ took to import cargoes into the Roman world. With this in mind it is particularly alluring to note that in 1983 a large hoard of Roman coins was found at a site around six miles from Pattanam.

Muziris reportedly became an important, thriving and cosmopolitan port because of the Roman’s desire for the local pepper, as well as aromatics and gems from the interior that were funnelled through the harbour. Merchants from a number of different cultures are believed to have operated in the port.

It is now hoped that ongoing work at Pattanam may reveal when Muziris fell out of use. As Tomber explained ‘It was generally presumed that the flow of trade between Rome and India was at its most intense between the 1st Century BC and the end of the 1st Century AD, and that it gradually fell away with the demise of the Roman Empire at around the 4th century AD. However, we are finding increasing evidence from elsewhere in India that this trade continued much longer, into the 6th and early 7th Century.’

The archaeologists need more evidence to decipher when Pattanam was abandoned, but whatever the case, Pattanam is certainly proving to be a hot site full of potential.