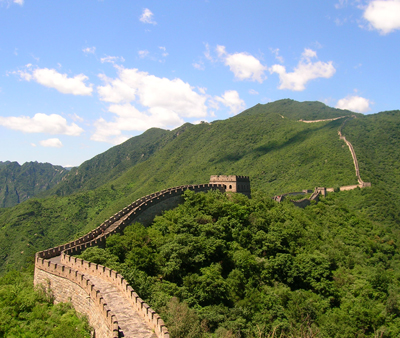 An unexpected use for a plant has been discovered by scientists at Zhejiang University in the city of Hangzhou, in eastern China. They have discovered that congee – the rice porridge that is eaten for breakfast in many Asian countries – was added to slaked lime as a crucial ingredient in the mortar used in Ming dynasty buildings, including temples, pagodas, tombs and the Great Wall, much of which was rebuilt between AD 1368 and 1644.

Dr Zhang Bingjian, in the Journal of the American Chemical Society, explained that the organic component amylopectin, which comes from the porridge of sticky rice, combines with calcium carbonate to create ‘a compact microstructure’ that has such stability and mechanical strength that structures so built can withstand earthquakes and other disasters. The sticky rice mortar bound the bricks together so tightly that in many places weeds still cannot grow. However, during construction, there was widespread resentment against the Ming emperors who requisitioned the rice supplied to feed the workers on the Wall, in order to use it to make the mortar.