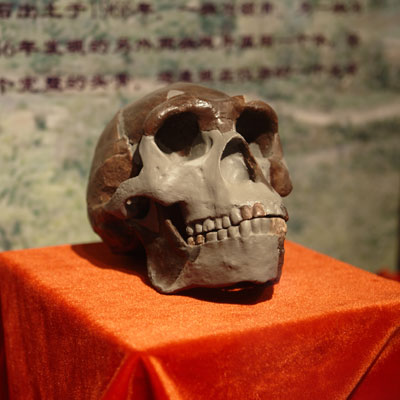 Also more sophisticated than previously thought is Peking Man, who may have made clothing and composite tools, archaeologists say.

These remains were lost during the Second World War, but researchers from the Chinese Academy of Science’s Institute of Vertebrate Palaeontology and Palaeoanthropology, led by Dr Chen Shen at the Royal Ontario Museum, Toronto, are now re-examining the thousands of stone tools recovered from the cave in the 1930s to 1960s.

By studying these artefacts beneath a microscope, they have been able to analyse patterns of wear that indicate how the objects might have been used. Distinctive marks on the base of stone points suggest they may have been attached to sticks, for example, perhaps creating a kind of spear or extended scraping tool. Other implements seem to have been used to work wood and hides, and to drill – though what and why they were drilling is not yet clear.

‘This suggests that Peking Man’s lithic technology was not as simple as previously thought,’ Dr Shen says in a paper presented at a recent Society for American Archaeology conference. ‘Micro-wear evidence indicates that many tools were made for specific tasks, and importantly, most pointed tools were probably hafted, providing arguably the earliest evidence for the composition tools in the Chinese Middle Pleistocene.’