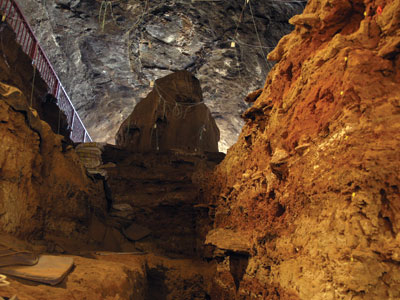 Humans used fire a million years ago – more than 300,000 years earlier than previously thought, according to a team led by Michael Chazan of the University of Toronto and Liora Kolska Horwitz, Hebrew University, whose findings are published in the Proceedings of the National Academy of Sciences.

Excavation at Wonderwerk cave in South Africa recovered plant ash and burned bone alongside stone tools in a layer dated to one million years ago. The presence of tools and localised surface discoloration suggests the plants and bone were deliberately burned in the cave by humans rather than having been carried there by wind or water. ‘The control of fire would have been a major turning point in human evolution,’ said Chazan. ‘The impact of cooking food is well documented, but the socialising around a campfire might actually be an essential aspect of what makes us human.’