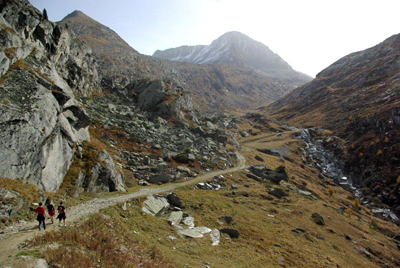 We have all heard of Hannibal. The general who crossed the Alps with his elephants and nearly brought Rome to its knees is Carthage’s most famous son. Determined to take on his country’s greatest foe, Hannibal led a multicultural army over two mountain chains, and despite being permanently outnumbered, meted out crippling defeats to Rome at Trebia, Trasimene, and, especially, Cannae. Despite these electrifying victories, the killer blow always eluded him.

Yet had events played out just a little differently, it is easy to imagine an ancient world dominated by Hannibals and Hamilcars, rather than Scipios and Caesars. Despite his fame, much about Hannibal and the culture that spawned him remains uncertain. Such was the ferocity with which Rome eventually wiped Carthage from the map that we are dependent on the victors’ accounts of the struggle. While the classical historians treated the man who subjected their armies to such a thrashing with respect, the result is inevitably one-sided.

It was in pursuit of the man, rather than the legend, that last summer my brothers, Danny, Ben and I travelled to Spain with a BBC camera crew. Equipped with the modern conveyance of bicycles rather than elephants, we planned to cycle the route of Hannibal’s famous march to Italy. While the accounts in Polybius and Livy provide many details, we were interested in seeking out the archaeological scent of an army of 100,000 infantry, 12,000 cavalry, 37 elephants and innumerable camp followers.

Our quest began on the south-east coast of Spain at the modern city of Cartagena. This was, appropriately enough, the site of ancient New Carthage. It was founded by Hasdrubal, Hannibal’s uncle, in the 3rd century BC, following the death of the future general’s father. The city had an excellent natural anchorage, and was well placed to handle the precious metal from Spanish mines that was fuelling Carthaginian military ambitions. When Hasdrubal was assassinated in his New Carthage palace in 221 BC, the Carthaginian armies in Spain lost little time in acclaiming Hannibal, then 26 years old, their new commander.

Despite denuded Punic ramparts and empty Punic graves, there is little around modern Cartagena to bear witness to its illustrious past. Instead, as we rode north out of town, rows of half built holiday houses, beaches crammed with sunburnt people, seedy nightclubs and all the paraphernalia of mass tourism assaulted the senses. The vision of a mighty Carthaginian host marching out ahead of my bike was hard to maintain. However, I knew that the road north would lead us to the place that sparked the Second Punic War.