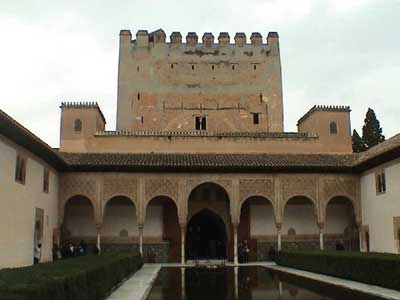 The house boom in Britain is nothing compared to Spain. Madrid and its towns are experiencing the biggest growth in building ever. In Madrid there are as many developments projects as in all Germany at the moment; in the old centre of Granada, a heritage city, there are at least 600 renovation, rebuilding and new projects. Given that archaeology in Spain, as in the UK, is largely developer funded, it is no surprise that this is a relatively good moment for Spain’s new rescue units – many of them cooperatives based upon the Italian models of the 90s. Of course, the excavators have a familiar lament: too little time to publish, limited funds for post-excavation, and no interest being shown by university academics. Indeed, as in the UK, the worlds of professional and university archaeology have gone their separate ways. ‘Why’, I asked rhetorically at a meeting organized by English Heritage, ‘weren’t universities creating internships for professional archaeologists, building bridges between two curiously isolated worlds?’ As my sojourn in Spain suggests, this is an issue that has an European resonance, as relevant a question to the future of archaeology in France and Spain as much as Britain.

Giving a series of lectures in Granada University, I was fortunate to see the celebrated Islamic capital through the eyes of its exceptional medieval archaeology team, fronted by Professor Antonio Malpica. He is focusing on the extraordinary site of Elvira Medina, the Umayadd forebear of Granada. Last year’s field survey revealed that the area was systematically provided with water conduits typical of the exceptional hydrological works to be seen in the later Alhambra palace. ‘See Medina Azahara outside Cordoba’, Malpica advised, ‘and then imagine what remains to be found at Elvira.’ I did. Azahara is a palace covering tens of hectares, invested with a grandiosity and a desire to create managed landscapes that makes the visitor fully appreciate how backward the Franks and Anglo-Saxons must have seemed to the Umayadds.

This grandiosity is nowhere clearer than in the inner courtyard of the Alhambra. As the visitor entered the emir’s inner sanctum, and looked down the long narrow pool gracing the colonnaded atrium, towards the throne room one sees one of the jewels of Islamic architecture. By contrast, the massive early renaissance Christian palace, ugly in its extreme, has the hallmark of France and Italy in this age of pomp, but is utterly remote from the simple, unaffected realities of antique architecture.

The Alhambra attracts two million tourists a year. Even on a rainy February Thursday the queues tailed back around the ticket office. However, note how the fascist architects virtually replaced all excavated traces of the Islamic town with its suq by an ornamental garden, designed to give the place the feel of a palace like Versailles. Note, too, how priority today is invested in constructing a massive theatre in the area of the Islamic palace gardens. How many archaeologists studied this terrain and the gigantic chasm currently being made to accommodate the theatre? As elsewhere, UNESCO through its World Heritage programme has unleashed untold opportunities for architects and, to some extent, developers, giving a place a global add-on value. The archaeology is simply a prescription for generating lengthening queues at ticket-offices. In a generation or two’s time, archaeologists will ask how it is that UNESCO behaved with such palpable ignorance.