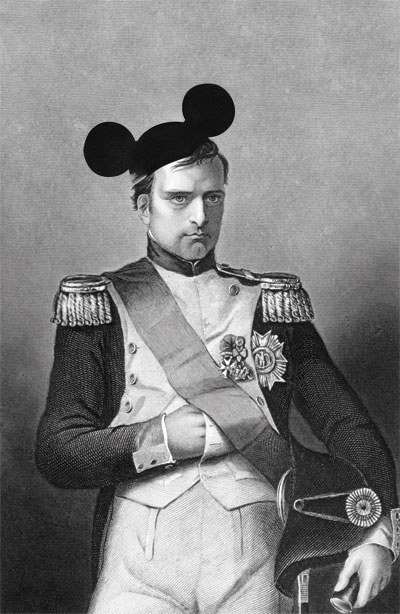 The weather in Baghdad
It snowed in Baghdad in AD 908, 944 and 1007. How do we know? Because historians at Spain’s University of Extremadura have been scouring ancient manuscripts for weather reports. The period from AD 816 to AD 1009 was a Golden Age for literature in the Islamic world, and scholars, historians and diarists in Iraq left a large body of work that occasionally records abnormal weather events, such as snow, hailstorms, and frozen rivers.

How can such isolated events tell us anything valuable? It is, says Dr Fernando DomÌnguez-Castro, one thing for us to identify a volcanic event that occurred in AD 920 and suggest that it would have led to a cold period; what we need is the confirmation that we can get from diaries that this was a period of severe cold weather. In an era before meteorological instruments and formal records, ‘ancient Arabic documentary sources are a very useful tool for finding eye-witness descriptions that support the theories made by climate models’. Overall, says Domínguez-Castro, studying ancient climate data leads one to conclude that the weather has always been prone to big fluctuations.

Taking tips from the Vikings
Climate-change studies are very trendy, so it is no surprise that the theme of this year’s annual conference of the American Association for the Advancement of Science, held in Vancouver, Canada, in February 2012, was ‘Climate Change and the long-term sustainability of societies’. Queuing up to give papers were lecturers all convinced that modern society could learn valuable lessons from the ways that people reacted to climate change in the past… including the Vikings.

If the old memory is still functioning accurately, were not the Vikings famous for responding to climate change by getting into their boats and heading for the rich pickings of monasteries located around northern Europe’s coasts? Oh, and by sacking riverine cities like Paris? But these days we are not supposed to characterise the Vikings as marauding thugs: according to Professor Andrew Dugmore, of the University of Edinburgh, the reason why we should learn from the Vikings was that they ‘fared best by keeping their options open when managing their long-term sustainability’.

In fact, the serious point that Professor Dugmore really wanted to make was that people in Medieval Iceland thrived despite a ‘perfect storm’ of ‘climate and non-climate events’ by developing new skills and trading in the up-and-coming commodities of fish and wool, whereas the Medieval communities of Greenland, who stuck to traditional Viking trade in prestige goods such as walrus ivory, experienced dramatic social decline. Really, then, it was nothing to do with the weather – but you don’t get research grants unless you bow to whatever altar happens to be fashionable with the research councils these days.

Medieval mothers, modern values
Those who were lucky enough to obtain tickets to see the Leonardo exhibition at London’s National Gallery earlier this year were treated to a life-changing experience. But how many women visiting the exhibition emerged with renewed determination to fight for the cause of breastfeeding? Campaigners for ‘breast is best’ are hoping that the sight of so many pictures of beautiful women feeding their babies naturally will inspire everyone to do likewise. ‘Let’s hope some of the hordes of people flocking to the Leonardo show realise that the Madonna Litta [the painting of the Madonna and Child that featured on the exhibition poster, so-called because it was once owned by the Litta family of Milan] isn’t just a beacon in Renaissance art; it’s also a beacon in the art of breastfeeding,’ said Joanna Moorhead, a journalist who specialises in writing about family life.

She went on to say that ‘the Madonna Litta is 500 years old, but from the standpoint of breastfeeding in 21st-century Britain, she’s way ahead of her time. … Before we can expect our breastfeeding rates to go up, we have to start being comfortable with the concept – comfortable in a way that was clearly second-nature in breastfeeding-friendly Renaissance Florence, but which is almost entirely lost today.’

It seems like women of 15th-century Europe were pioneering feminists making all the right choices! Except that what’s missing from this delightful new reason for liking Leonardo’s art is that there wasn’t really any alternative.

Economic woe and a Medieval Roman icon
Unless, of course, you are Romulus or Remus, in which case, forget breastfeeding: that’s for namby-pamby aesthetes. Nothing less than the dugs of a wolf will do for the hard men who founded Rome’s militaristic society bent on conquest and subjugation.

So integral is this story to the city’s foundation myth that pride of place in the Capitoline Museum is devoted to a masterpiece of Classical art, a 30in-high (0.75m) bronze she-wolf, said to have been made in the 6th century BC, not far off the city’s mythical foundation date of 753 BC. Reproductions appear all over the city, and 20th-century hard man Mussolini, Italy’s wartime Fascist dictator, fancied himself as Romulus reincarnated, founder of the New Rome, so was fond of presenting bronze copies as gifts to his allies.

Actually it has been known for nearly a decade that this ancient symbol of the Eternal City is not a product of the ancient world at all. Tests carried out nearly ten years ago proved that the type of bronze used in its casting was late Medieval, and that it was cast in one piece – a forging technique that was invented by Medieval sculptors. The figures of the suckling twins were added separately in the early 1500s.

The fact that the Capitoline Museum continues to insist that it is a masterpiece of Classical antiquity has suddenly become symbolic of the sovereign debt crisis. How? you might ask. German newspapers have picked on it as an example of the bad old Italian ways that have led the country into financial crisis. Der Spiegel led the attack by blaming out-of-date museum labelling on Italy’s notoriously bureaucratic and inefficient cultural and museum authorities. In Italy, this attack is seen as being all of a piece with the Teutonic imposition of the new governo tecnico (‘technocratic government’) of Prime Minster Mario Monti. In the brave new world of a transformed and super-efficient Italy, one wonders just how many more treasured Roman myths are at stake?

Montereau or Waterloo?
Italy is not alone in preferring the romance of the past to the harsh modern realities. Or at least, an airbrushed view of the past. For despite the hundreds of thousands of people who died in agonising circumstances, sacrificed to Napoleon’s tyrannical ego, he is still seen by the French as some kind of heroic visionary – so much so that former French Secretary of State Yves Jégo believes that visitors will flock to the patriotic alternative to Disneyland that he wants to build just south of Paris.

Jego has chosen the site of the French leader’s victory against the Austrians in the Battle of Montereau in 1814 as just the place to build an €200 million ‘Napoleonland’ amusement park (the fact that he also happens to be the Mayor of Montereau probably did not influence his decision).
The theme park will re-enact Napoleon’s life and times, concentrating on his greatest victories. One wonders just how much amusement there is to be had from ‘attractions’ that include daily re-enactments of the Battle of Austerlitz (during which 27,000 people lost their lives and tens of thousands more were left injured on the battlefield), and a water-based show recreating the death of Nelson at the 1805 Battle of Trafalgar.

One potential attraction consists of a ski run that will allow visitors to glide past snowy battlefields from the Gates of Moscow to the Berezina river, passing through a battlefield ‘surrounded by the frozen bodies of soldiers and horses’. Another is a recreation of Louis XVI’s execution on the guillotine, the precursor to Napoleon’s rise to power.

Oh yes, ‘it’s going to be fun for the family’, Jégo told the media. The self-confessed ‘history buff’ says that only Napoleon has the stature to take on Mickey Mouse, and he hopes that the park will be open for business in 2017 (neatly avoiding a potentially embarrassing anniversary that occurs on 18 June 2015).