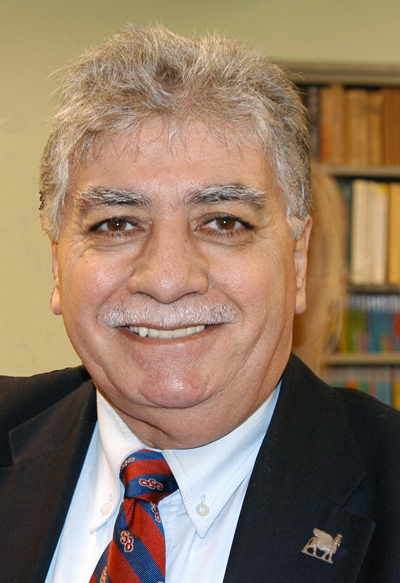 Donny George Youkhanna, who died in March following a heart attack, was described as ‘one of the brightest experts on the history of Mesopotamia’ by Iraq’s former Culture Minister Mufid al-Jazairi. Donny George (he dropped his last name) was the former Director of the Iraqi National Museum in Bagdad and fought tirelessly to preserve his country’s heritage. He was appalled by the wholesale looting of antiquities from museums and archaeological sites – uninterrupted by US troops who refused to intervene – during the tumultuous days following the fall of Saddam Hussein; and he appealed to everyone he could think of, from his friends at the British Museum in London to the immans at the local mosques, for help in retrieving the looted objects. His relentless persistence resulted in the return of almost half of the 15,000 stolen artefacts, many of which date back several millennia to the Assyrian and Babylonian empires.

Fluent in Assyrian, Neo-Aramaic, Arabic, and English, George took part in several major excavations, including those at Nineveh and Babylon. He became chairman of the State Board of Antiquities and Heritage in 2005 but was forced to flee Iraq that same year following death threats to himself and his family. He went first to Syria and then to America, where he took up the post of Visiting Professor of Anthropology and Archaeology at Stony Brook University in New York. But he remained actively involved in restoring his country’s stolen treasures, and co-authored a book Catastrophe, The Looting and Destruction of Iraq’s Past, published in 2008, the same year that he helped prevent the sale of royal Neo-Assyrian earrings, from the world famous Nimrud treasures at Christie’s art auction in New York.

John MacGinnis, of the McDonald Institute of Archaeological Research at Cambridge University, said: ‘Donny was a quite exceptional individual, in more stable times at the forefront of archaeological exploration in Iraq and in the dark days that followed, dedicating himself unremittingly to the protection and preservation of the archaeological heritage of the land with a courage and determination that won admiration around the world. Donny shone out. Learned, brave, and courteous, Donny was a man of deep humanity who made friends and spread peace wherever he went. It is a privilege to have met him. His untimely death is a loss which cannot be replaced.’