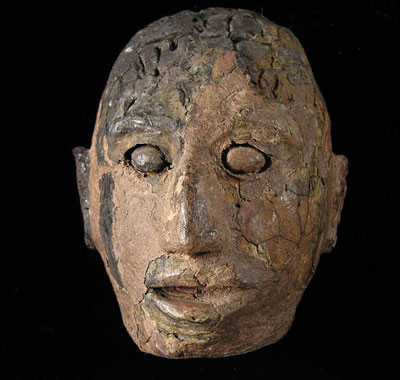 I am still on a high from Archaeology 2010, the two-day Current Archaeology conference held in February. This year’s event, the third, was a spectacular success, not least because of its venue – the modern conference facilities under the Great Hall at the British Museum. But what makes this gathering so very special is the chance for professionals and amateurs to rub shoulders, and also for the readers of both this magazine and Current Archaeology to meet all the archaeologists. As always, there was a rich diet of things Roman, both in Britain and further afield, a favorite topic among the attendees. Yet there was so much else as well – presentations on climate change, on underwater archaeology and its relationship to treasure hunting, on heritage projects, human evolution, and Manchester steam- and water-powered cotton mills, to say nothing of all the latest on Stonehenge. And where else would one hear a fascinating presentation by an amateur archaeologist on Roman coin molds? His enthusiasm was truly infectious! This has become one of my favourite archaeological gatherings, for it gives me a chance to connect with a much wider archaeological community. Furthermore, the standard of the presentations was exceptionally high, which was a welcome change from many professional meetings.

Talk about mysteries: Jamestown, Virginia, has turned up a doozy – a slate tablet covered with words, symbols, numbers, also drawings of plants and people. The tablet came from a well built in the centre of the fort in 1609 that became a trash pit after the water went bad during the following winter. Complete tablets are rare survivals, for they were commonly used for composing music and writing practice, then usually broken or thrown away. This example measures 13cm by 20cm, with practically illegible handwriting on both sides. High-resolution digital photographs have enhanced the images, originally made with a lead pencil, and then erased. Fortunately, the sharp point left indelible scratches of what is often called ‘secretary hand’, a commonly used form of cursive script. So far, the words Abraham and book and some individual letters have been identified. There are also two symbols that appear similar to a phonetic Algonquian alphabet invented by Elizabethan scientist Thomas Hariot in 1585 while at the unsuccessful Roanoke Island colony, also in Virginia. Perhaps the Jamestown settlers had copies of a bilingual English-Algonquian dictionary with them.
William Kelso, the doyen of Jamestown archaeologists, believes the tablet may have belonged to William Strachey, the first secretary of the colony. He had legal training, so he would have known secretary hand. Strachey was among 140 settlers aboard the Sea Venture in 1609, cast ashore in Bermuda on their way to Virginia. The castaways built two new ships and arrived safely at Jamestown in 1610, in time to save the colony. Intriguingly, the tablet bears a palmetto tree and what may be a cahow, a rare sea bird that nests in Bermuda and nowhere else. Also strengthening the Strachey connection: drawings of rampant lions, used in the English coat-of-arms of King James I (reign. 1603-1625), such as might appear on government and armorial drawings familiar to someone trained in the law. In the coming months, all the majestic panoply of analytical science will come to bear on this unique find.

Nearly all the archaeological news out of Mexico revolves around the Aztec, the Olmec, the Maya, or the great city of Teotihuacan, so it is a pleasant change to hear about a Clovis discovery instead, the southwestern-most in the Americas. The more than 12,000 year-old El Fin del Mundo site, under excavation by a joint Mexican-US team, is in the northwestern Mexican state of Sonora. A bone bed contains the remains of two elephant-like, and long extinct, gomphotheres, with two Clovis projectile points and some butchery tools, as well as stone flakes, lying close by. A campsite lies about 650m from the bone bed. No one has found Clovis tools with a gomphothere before, an important addition to the bestiary of large, extinct animals exploited, probably on rare occasions, by Clovis hunters. Future excavations will focus on the bone bed and also map the extent of the campsite.

Brian Fagan is Emeritus Professor of Anthropology, University of California, Santa Barbara, and the author of many general works on the past. His latest book is Cro-Magnon: How the Ice Age gave birth to the first Modern Humans.

Did Ancient Egyptians, Phoenicians, or Israelites settle in North America long ago? A lot of 19th century Ohio settlers and opportunist authors thought so. The former looted burial mounds and earthworks, the latter wrote epic fantasies about warring kings and civilizations in the Midwest – not to mention the inspiration given Mormon leader Joseph Smith, who claimed to have found his famed golden tablets in a mound near Elmira, New York. But, inevitably in a more science-based world, the Moundbuilders gave way to much more prosaic archaeological formulations – to Adena and Hopewell, Fort Ancient, and Mississippian cultures, in a slow-moving orgy of mind-numbing culture histories that precious few people either enjoyed or even understood.

Fortunately, a new scientific era has dawned, with a generation of extraordinarily detailed research on artefacts and earthworks, settlement layouts and ancient landscapes that are giving us fresh portraits of the Hopewell people of 200 BC to AD 350 (named after a farm in Ross County, Ohio). The details are buried in massive edited volumes, which are treasure troves of painstaking research that are not exactly bedside reading, but full of wonderful insights into a society long famous for its exotic ceremonial artefacts such as mica cut-outs of human hands, and pipes in the form of birds and other animals. Volumes like The Scioto Hopewell and Their Neighbors and Gathering Hopewell provide a glimpse of a 2,000 year-old cosmos through art and burial customs. The Hopewell multidimensional universe had many realms, a place of mythic beings with human characteristics. It was a layered world of underworld and sky, defined by the cardinal directions, or by the solstices and heavenly bodies. Hopewell astronomers balanced and combined these different realms, whose meanings and inhabitants were defined in artworks and earthwork alignments, burials and ritual deposits, as well as ceremonial observance.

We now know that the multiple layers, directions, and centre of the Ohio Hopewell cosmos appear in their architecture. The Pricer mound in the Seip earthwork forms a three-dimensional model of the cosmos, including the multiple realms of the Below and its waters, the primordial Turtle Island, and the sky, together with the human place in the universe. The ceremonial regalia worn by Hopewell leaders, such as copper cut-out symbols and ear spools, bore representations of creatures and beings that resided in various realms, or such motifs as the cardinal directions. All this is specialized archaeology at its best, carefully interpreted with a zest and perception that delights.