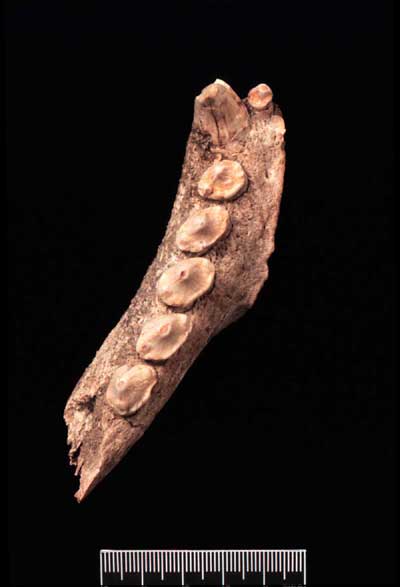 One of the great puzzles of human evolution is the so-called ‘cognitive gap’ — the long period of time between the rapid development of our large brains two million years ago and the emergence of new forms of behaviour appropriate to that enlarged brain capacity around 150,000 years ago.

Researcher Philipp Khaitovich, of the Partner Institute for Computational Biology in Shanghai, now suggests (in Genome Biology) that both changes were triggered by diet. Brain growth was fuelled by the consumption of meat and fish when other hominids were still eating a largely plant-based diet. However, the really big change – when humans started making tools from materials other than stone, and when they developed self-awareness, geographical knowledge, and moral, spiritual and artistic thinking – did not occur until we learned to cook.

‘Cooking is a way of processing food outside the body by breaking down fibre and making nutrients more readily available’, explains Khaitovich. ‘Eating mostly cooked meals would have lessened the energy needs of our digestion systems, thereby freeing up calories for our brains.’ Instead of our brains growing even larger (which would have made childbirth even more problematic than it already is), the additional calories boosted the brain’s internal functioning.

Today, we humans have a relatively small digestive system and burn 25 per cent of our calorie intake running our brains, compared to as little as 2 per cent in fish or reptiles. On the other hand, Khaitovich speculates, the speed with which this new cognitive function developed – ‘in an evolutionary blink of an eye’ – might also account for such human brain disorders as depression, bipolar disorder, autism and schizophrenia’. •