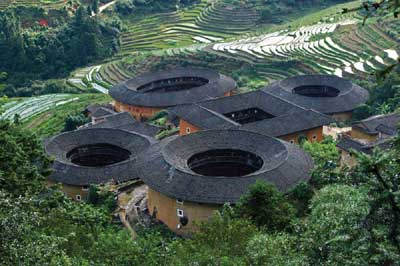 UNESCO inscribes 29 new World Heritage Sites: Meeting in Quebec in July 2008, the World Heritage Committee added 29 new sites to UNESCO’s World Heritage List, bringing the total number of sites that have been designated as having outstanding universal value since the World Heritage Site list was launched in 1976 to 878 properties. These include 679 cultural, 174 natural and 25 mixed properties. In the 2008 list, sites of archaeological interest include Al-Hijr (Madâin Sâlih), the first World Heritage Site to be inscribed in Saudi Arabia. Formerly known as Hegra, this is the Nabataean site south of Petra in Jordan and, like Petra, it features 111 well-preserved rock-cut tombs with decorated façades dating from the 1st century BC to the 1st century AD (see CWA 23). In Papua New Guinea, the Kuk Early Agricultural Site consists of 116 ha of highland swamp whose well-preserved archaeological remains demonstrate the transition to farming that took place around 6,500 years ago through the draining of these wetlands for plant cultivation. In the UK, Scotland gains a new World Heritage Site in the form of the Antonine Wall, part of the trans-national Frontiers of the Roman Empire World Heritage Site that takes in walls, ditches, forts, fortresses, watchtowers as well as civilian settlements in Germany and the UK. Buildings, churches, squares and fortifications at Melaka, settled by Portuguese and Dutch traders in the early 16th century, and George Town, representing the British era in Malaysia from the end of the 18th century, have been inscribed as examples of multicultural heritage. Other newly inscribed sites include the fortifications designed by Sébastien Le Prestre de Vauban (1633-1707), Louis XIV’s military engineer, in France; Bauhaus housing estates in Germany; wooden churches in the Carpathian mountains of Slovakia; and the Rhaetian Railway in the Swiss and Italian Alps. The World Heritage Committee also sounded a warning note about World Heritage Sites under threat: they include Dresden’s Elbe Valley, where the plan to build a bridge is seen as having a serious impact on the integrity of the baroque setting and suburban garden city landscape; and Machu Picchu, in Peru, where the Committee voiced grave concern over deforestation, the risk of landslides, uncontrolled urban development and illegal access to the Inca sanctuary. •