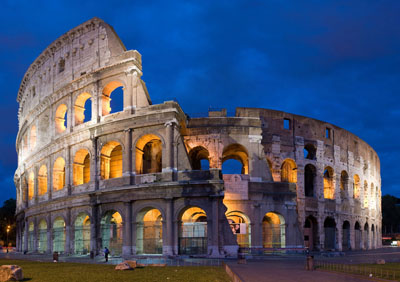 The videogame giant Capcom, publisher of the forthcoming historical action computer game Shadow of Rome, recently surveyed over 1000 British professionals aged between 18 and 30 to discover just how much, or indeed how little, they know about Roman history. The results were startling.
When it comes to the legacy of Ancient Rome, it appears that many don’t know their Julius Caesar from their Caesar Salad.
Barely 3 percent of those surveyed could confidently say, to the nearest decade, when the records state that Roman Britain began, and fewer still were able to name Claudius I as the Roman Emperor responsible for bringing Britain into the Roman Empire. Even fewer knew the two respective years (55 BC and 54 BC) in which Julius Caesar unsuccessfully tried to invade Britain. What was the first capital of Roman Britain? This too proved to flummox most respondents: 62 percent chose Londinium as the very first administrative centre and capital heart of Roman Britain, whereas just 6 percent of the respondents correctly chose Colchester (then known as Camulodunum).
Interestingly, the question with the highest number of correct answers asked participants to name Vesuvius as the volcano that erupted in AD 79. An explosive 89 percent were able to answer this correctly and 90 percent of those knew that the eruption decimated Pompeii. However, just 4 percent knew that the blast also obliterated the prosperous city of Herculaneum.
And what about the Caesar Salad? A whopping 38 percent of those questioned thought that the Caesar Salad was named after Julius Caesar (when it was actually named after its creator, Caesar Cardini). Somewhat more encouragingly, 83 percent knew that Caesar’s cause of death was assassination.
Despite the enormous legacy of the Roman Empire to modern civilisation, Capcom’s survey has revealed Colosseum-sized holes in younger Brits’ most basic knowledge of ancient history. Perhaps new media will help to correct this.