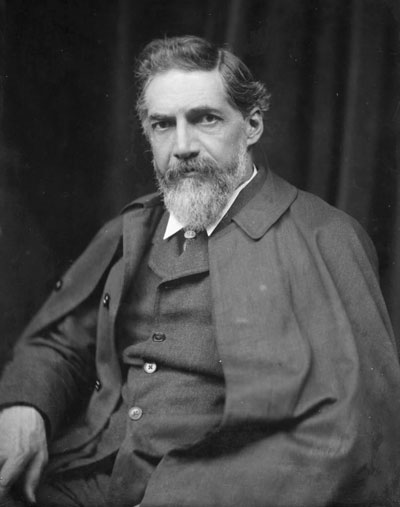 The dig
Flinders Petrie, an established Egyptologist, excavated three prehistoric sites in Egypt for the Egypt Exploration Fund during the 1890s: Naqada and Ballos (or Abadiya) in 1894-1895 and Diospolis Parva (or Hu) in 1898-1899. All three contributed to Petrie’s revolutionary breakthrough in prehistoric dating, but the most important was Naqada, which has given
its name to the chronology for the Predynastic period in Egyptian archaeology.

Naqada turned out to be a prehistoric cemetery of about 2,000 graves. The graves were furnished with grave-goods, including ceramics, stone tools, and personal ornaments. It was the artefacts that gave the site its particular importance rather than its location (on the west bank of the Nile in Upper Egypt) or the human remains. Petrie made a special study of pottery from 900 selected graves at Naqada, Ballos, and Diospolis Parva – a quarter of the total assemblage – and used it to create a new dating method and a chronology for Neolithic Egypt.

The discoveries
Petrie records in his autobiography, Seventy Years in Archaeology (1931), his youthful horror at the way in which a Roman villa was uncovered on the Isle of Wight by early excavators: ‘I protested that the earth ought to be pared away inch by inch to see all that was in it, and how it lay.’ A methodical and meticulous approach to excavation, recording, and analysis – ‘to see all that was in it’ – was to be a hallmark of Petrie’s pioneering work over 40 years in Egypt. What he accomplished with the Naqada material is a supreme example.

Having sorted the pottery into groups by form, fabric, and decoration, Petrie allocated to each tomb a cardboard strip divided into nine sections, each representing one of the major ceramic groups. He then sorted the strips so that the tombs with similar assemblages were grouped together. Having done this, he divided the ceramically defined tomb-types into 50 groups of equal size. Each was then assigned a number between 30 and 80, and these became Petrie’s ‘sequence dates’. He started at 30 so that when other sites were excavated and earlier pottery recovered, new types could be added to the beginning of the ceramic sequence. The underlying assumption was that pottery styles were constantly evolving, such that over time old fashions would be dying out while others were developing. The exact combination of types in a particular grave might thus indicate a fairly precise date relative to other graves in the ‘sequence’. ‘This system’, wrote Petrie, ‘enables us to deal with material which is entirely undated otherwise… There is no reason now why prehistoric ages, from which there are groups of remains, should not be dealt with as surely and clearly as the historic ages with recorded dates.’

The deductions
Petrie was over-optimistic. What we now call ‘seriation’ – creating a relative chronological sequence based on the classification of artefacts which were evolving in form over time – rarely provides us with dates as secure as those from coins or inscriptions for historical periods. Forms may change slowly or rapidly. They may change a lot or a little. And without independent absolute dating, the relative sequences derived from seriation comprise ‘floating’ chronologies of uncertain duration.

Nonetheless, seriation – effectively invented by Petrie using his cardboard strips (and now done with computers) – is a vital tool in the box of archaeological dating techniques. It sits alongside a battery of stratigraphic and scientific methods designed to create both relative and absolute chronologies for our sites. Though debates continue about precise temporal boundaries, the Predynastic sequence for Egypt is largely derived from Petrie’s work, and Naqada remains a type-site for the chronology of Predynastic Egypt.