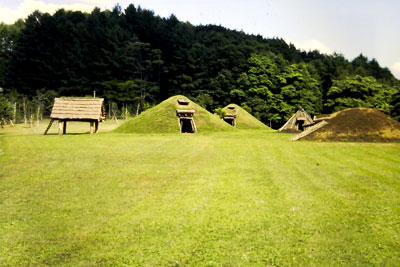 North-eastern Japan is the ‘treasure house’ of Jomon culture, the best example of prehistoric foragers in the temperate zone. Highlights include the world’s earliest dated pottery container to the extraordinarily rich waterlogged sites of the later Jomon. Their significance is now being recognised as World Heritage. The Tohoku region is where the Chinese-influenced Japanese Classical civilisation encountered its northern neighbours – predecessors of the Ainu, now recognised as an indigenous people – that resulted in a heady mix of warfare, trade, repression, and subversion. Archaeologists in Tohoku have pioneered important techniques, from stratigraphy to archaeobotany, and from AMS dating to edge wear analysis. This rich heritage is now on show in a new generation of exceptional museums and historical parks. Far from being an archaeological backwater, north-eastern Japan has much to offer those interested in the past.

While the overwhelming might of the tsunami unceremoniously dumped cars in the paddy fields below, the ancient shell middens at Satohama, sitting on slightly higher ground just out of reach of the raging waters, escaped unscathed.

First investigated in the late 1890s, Satohama lies at the heart of Matsushima  Bay – a world renowned beauty spot – on Miyato Island, the largest of the 50  or so archaeological sites found there, stretching 600m east to west, and 800m  north to south. It is a major settlement of  the Jomon period and the site is distributed across gentle hills and terraces, at 20m-30m above sea level. The earliest remains, dating to the Early Jomon period (c.6,500 years ago), are mainly along the terraces. Later deposits are found at slightlylower elevations, while artefacts dating from the Nara and Heian periods (8th–12th centuries AD) are found around the present-day high-tide mark. Many of these later sites are salt-making locations. The middens are given a series of location names: Terashita, Sodekubo, Dai, and Nashinoki but the whole cluster is often known as the Miya- tojima shell middens.

Satohama was significant in that it was the first site in Japan where the stratigraphic method was used, and pots recovered from the Sodekubo and Tai locations were significant for clarifying the later Jomon pottery sequence. More than 21 human burials, with ornaments and shallow bowls placed over their heads, were excavated in the Terashita area dating from the Final Jomon period; and, evidence from the Yayoi period (500 BC-AD 300) included pottery with seed impressions and iron implements, proving that rice agriculture in this region was accompanied by metal tools, as elsewhere in Japan. In the Sodekubo area, a number of headless crouched burials were excavated. Akanishi shells and several wild boar skulls that were all facing towards a single stone – were discovered on the terrace, suggesting this was a location used for ritual purposes.