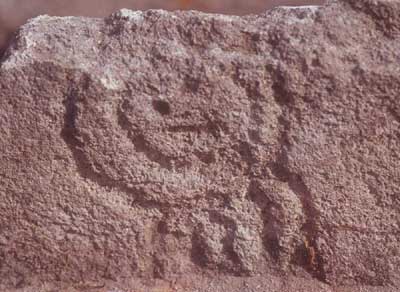 Long Bay on the north coast of Tortola Island is often voted one of the ten best beaches in the Caribbean. At the time of prohibition, sugar cane was grown there to make rum for smuggling into the US. Further back, when sugar was a leading world commodity, hundreds of African slaves worked on nearby plantations.
But what of the indigenous people? And, without the great monuments of the Central American mainland to the west, what do most tourists know of the region’s prehistory?
When Columbus arrived in 1492, the Caribbean was, in fact, densely populated. The first settlers had probably reached the region before 5000 BC, living as fishers and foragers – though leaving little more than scatters of flint flakes as evidence of their presence. Then sometime after 400 BC, the local ‘agricultural revolution’ began, with horticulture, permanent settlements and pottery.
Peter Drewett of London’s Institute of Archaeology, Brian Bates of Longwood University in Virginia, and staff and students from H. Lavity Stoutt Community College in the British Virgin Islands have spent the last six years working on a major prehistoric dig at Belmont on Long Bay. The site has now become the first officially recognised archaeological site in the British Virgin Islands. Though there is more work to be done, Peter Drewett here summarises what has been learnt from the site so far about the Caribbean before Columbus.

Ulpiana: The Romans in Kosovo