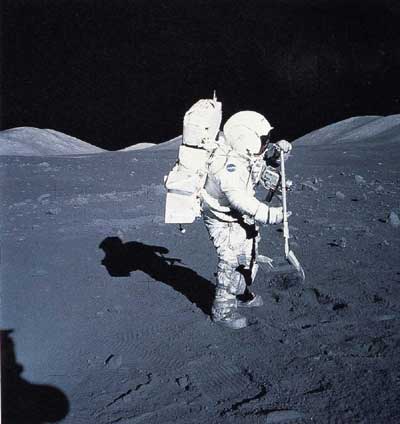 Archaeology, like the Universe, keeps expanding. In the late 1960s pessimists foretold archaeology’s total destruction: sites ripped apart, scattered and buried by humanity careless of its own past. In fact, the evidence of our past has increased enormously in recent decades. At the microscopic level lipids, genes and isotopes tell us where we came from and what we ate. Robots and sonar locate time capsules in the deep sea; landscapes, where once hunters pursued big game, are exposed beneath post-glacial flood-waters. Even in well-explored areas aerial photography, LIDAR and geophysics constantly reveal new discoveries. Archaeologists also increasingly poke their curious noses into the recent past. In the noughties, English Heritage has put more energy into recording the 20th century than any other period – the new archaeology of modern warfare, air travel, mining and manufacturing, petrol stations and seaside resorts. The Defence of Britain project, recording 20th century military remains was a massive volunteer effort. And my favourite recent English Heritage publication: The Archaeology of Rocketry.

The British learnt about modern rockets the hard way when they began falling on their heads in the late stages of World War II. The man who did more than anyone else to launch the V2 rocket, Wernher Von Braun, commented ‘A good flight but the payload landed on the wrong planet.’ Having changed masters, Von Braun subsequently targeted the Moon. So should archaeologists follow in his wake to seek signs of intelligent extra-terrestrial life? They have, of course, in fantasy. Stanley Kubrick’s film 2001: A Space Odyssey portrayed astro-archaeologists excavating on the Moon to locate a black monolith – a kind of giant iPod left by benevolent extra-terrestrials to kick-start us humans into the next stage of civilisation. A similar close encounter, at the beginning of the film, boosted Australopithecines towards the weapons and wisdom of Homo Sapiens. The idea for 2001, of intelligent life directing us from beyond our galaxy, came from the imagination of the science fiction writer Arthur C Clarke. The physical look of the film’s spacecraft and astronauts was the work of Harry Lange, who previously worked with Von Braun at NASA. Harry, who died in 2008, was a frustrated archaeologist and like many who are committed to the exploration of space, was also entranced by the possibility of extra-terrestrial civilizations.

From aliens to archaeology

Celestial superiority is an old idea: the medieval church accepted Aristotle’s model of a finite, earth-centred, universe and the heavens populated by God, archangels, seraphim, cherubim and the serried ranks of spiritual beings. The Copernican revolution replaced theology with physics but nevertheless the belief persisted that superior beings inhabited the heavens. Scientists are not necessarily hard headed; they sometimes come hard-wired with ancestral beliefs. In the 1960s, the radio astronomer Frank Drake was the first person to attempt to pick up radio messages from aliens. Drake said, ‘A strong influence on me, and I think a lot of SETI (Search for Extra-Terrestrial Intelligence) people was the extensive exposure to fundamentalist religion.’ Drake hoped to find celestial super- beings who might teach humans ‘how to live forever’.

The belief in superior aliens was, and still is, deeply embedded in western culture. In 2003, the orbits of Earth and Mars brought the two planets within 35 million miles of each other. I was invited to Antibes to use an enthusiast’s telescope. Rather weirdly, I found myself sharing it with one of our own culture’s superior beings, none other than James Bond – or at least his physical incarnation- Roger Moore. We had a superb view of the red planet but did not expect to see any little green men. Expectations were different in 1877 when the planets also came into ‘close’ proximity and Asaph Hall, using the giant 26 inch diameter telescope in Washington DC, identified Mars’s two moons Deimos and Phobos.

Hall accepted that there was life on Mars and proposed communicating with flashing mirrors or large fires. The enthusiasm of 1877 generated the first reports of Martian Canals. Giovanni Schiaperelli trained as a hydraulic engineer before turning to astronomy. Canals were in his blood – or canali in Italian which, strictly speaking and more ambiguously, means ‘channels’ – as in il Canali della Manica, as the English Channel is known to Italian speakers. Earthly canals were also very much in the news: il canali di Suez had opened in 1871 with enormous publicity and even its own opera – Verdi wrote Aida to celebrate the event. Corinth, Kiel and Manchester entered the era of ship canals. In the United States Percival Lowell was Mars’s greatest publicist. He claimed to have observed at least 400 canals over 2,000 miles long and was adamant that Martians were intellectually and physically superior to humans. Lovell’s observations may have been optical illusions fuelled by wishful thinking but, like Druids at Stonehenge, Martians are lodged in our culture – brought to life by H G Wells (whose rather nasty Martians land on Primrose Hill and ravaged Surrey in War of the Worlds) and Edgar Rice Burroughs who wrote 11 Martian novels featuring the astronaut John Carter. This was popular stuff but it made a powerful impact on youthful imaginations, notably that of Carl Sagan, the space-age’s greatest missionary.

The United States won the Cold War race to Mars in 1968 when Mariner 4 flew past at the distance of about 6,000 miles and transmitted excellent images of a cratered planet with no sign of canals. Sagan was, however, funded by NASA to analyse satellite photographs for signs of Martian civilization. He didn’t find any. Neither did the two Viking craft that landed on Mars in July and September 1976. Excavation of Martian soil found no trace of life. The pro-lifers responded with a demand for more samples. On Sol 9 and 16 this year (2008) – 3 June and 10 June to earthlings – the Phoenix Mars Lander’s robotic arm dug two trenches into the Martian surface. The trenches were named ‘Dodo’ and ‘Goldilocks’. They found muck but not evidence of civilization.

In recent years, the search for aliens has shifted from superior civilizations to life in any form. The most sane and readable account is Jeffrey Bennett’s Beyond UFOs: the search for extraterrestrial life and its astonishing implications (Princeton University Press, 2008). Any young, budding astro-archaeologist should start here. In spite of the title, this is an excellent and up-to-date account of cosmology, the emergence of life on our own planet and the possibilities of life in the expanding universe. There are some clever, thought provoking illustrations (Fig 1.1 Our Cosmic Address is worth the price of the book alone). Bennett is an optimist. Like Sagan, he believes essentially that there are intelligent beings out there, and that they are good guys.

In the meantime, definite extra-terrestrial archaeological sites have been recorded by the planetary cartographer Philip J Stooke in The International Atlas of Lunar Exploration (Cambridge University Press, 2007).This book is the nearest thing to an English Heritage Historic Monuments survey of the Moon: superb maps of impact and landing sites, the tracks of astronauts and their vehicles, and the stuff they have discarded on the lunarscape. It is a remarkable documentation of the arrival of humans on a new world, from the first unmanned probes – the Russian Luna 9 and the US Surveyor 1 in 1966 to Apollo 11’s manned landing in 1969 – followed by Apollo 12, 14, 15, 16 and finally Apollo 17 in 1972.

NASA, currently celebrating its 50th anniversary, had its heyday in the 1960s and 1970s driven by the adrenalin of Cold War competition. Much of the political impetus drained away from the US effort once it beat Russia in the race to the Moon. Now, there are signs that a new space age is beginning – supported by international co-operation, and Chinese determination to become a world power with commercial involvement. Space tourism has already started (Dennis Tito paid $20 million to orbit the Earth) and companies like Google will make virtual participation available to huge audiences. There are also increasing concerns about the lack of controls in space – huge amounts of space junk already orbit the Earth, including Ed White’s glove, lost in a 1965 space walk, and Michael Collins’s camera; and, while writing this article, a careless lady spaceperson lost her toolkit. More seriously, NASA estimates that there are 5,500 tonnes of junk including 200 dead satellites. Already the United Nations is being pressed to promote international safety protocols as some 20 countries are now able to launch material into space. For archaeologists, the 20th century saw the layer of human artefacts extend into space.

And on the Moon itself there are the historic sites recorded by Philip Stooke. The evocative footprints of Neil Armstrong and Buzz Aldrin- ‘One small step f’ra man, one giant leap for mankind’- will survive for millennia unless other humans trample all over them. Far better if international protocols identify lunar historic sites for preservation before the tourists, the miners, the lunar colonists get there to mar the Moon’s ‘magnificent desolation’ and the traces of the first aliens to walk on its surface. Otherwise Carl Sagan’s statement ‘We are the dumbest communicative civilization in the galaxy’ could be proved right.