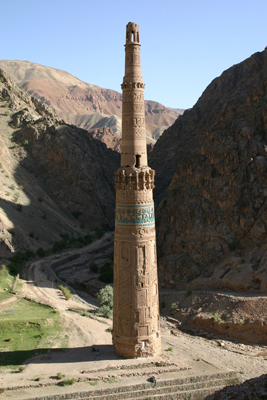 The latest big exhibition at the British Museum Afghanistan: Crossroads of the Ancient World tells of a rich land with a deep history that once lay at the heart of the civilised world. The 200-plus priceless objects on loan from the National Museum of Afghanistan in Kabul speak of this wealthy, vibrant, and well-connected past. Yet, the story behind the exhibition is one of tragedy and personal hardship – and, ultimately, of great human courage and sensational objects.

With its prime position on the crossroads of the great Silk Road, Afghanistan linked east with west, and north with south, and was especially closely connected with its neighbours – India, Iran, and Central Asia. Unsurprisingly, it boasts many thousands of archaeological sites and partly buried monuments. Though the number of properly excavated sites is still tiny even compared to neighbouring Iran or Pakistan, some had already begun to be explored by antiquarians in the 19th century. But serious archaeology only arrived with the creation of the Délégation Archéologique Française en Afghanistan in 1922, after which many other teams worked across the country. In 1919, King Habibullah opened Afghanistan’s first museum. Archaeological work continued apace, and 12 years later the ever-growing number of contents was moved to a new building designed for the Municipality just outside Kabul’s crowded city-centre and next to King Amanullah’s palace at Darulaman.

However, archaeology’s and Afghanistan’s fortunes changed with the Sovietinvasion and subsequent occupation from 1979 to 1985. During this time, the National Museum at Kabul remained open but the political situation was becoming increasingly turbulent; so, in 1989, a small band of courageous Afghan museum employees hid the displayed collections and denied knowledge of their whereabouts.

As in London before the Blitz, or Baghdad in more recent years, this proved a wise precaution. Between 1992 and 1994, Kabul, including the area around the museum, suffered heavily as rival Afghan warlords used inherited Soviet arms-dumps to battle it out for control of the capital. Since the museum is situated next to the former palace and had been occupied by the army, most of the building was destroyed in the fighting. The single worst incident came in May 1993, when a direct hit from a rocket ripped out the upper floors of the structure. An inventory of objects found among the wreckage was begun in 1995. Rumours abounded as to the whereabouts of the important artefacts saved by the museum employees. Hidden in crates, they were kept on the move. Over the next two years, they travelled first to the Kabul Hotel, and then to the Ministry of Information and Culture. But life at the heart of the Silk Road was only to get worse.

In 2001, Mullah Omar decreed that all representations of the human form were banned. In March that year, the Taliban sent a catastrophic wake-up call to the world with the systematic demolition of the gigantic Buddhas of Bamiyan. It was during this period that sculptures in the museum were smashed, and the contents of crates in the Ministry of Information and Culture were vandalised. Seven months later, Ahmed Shah Massoud, the charismatic leader of the Northern Alliance and a thorn in the side of the Taliban, was assassinated, and planes were flown into the World Trade Center and the Pentagon. The alliance between the Taliban and al-Qaeda provoked a massive and instant international response. Within weeks, the Taliban government had fled, a new government headed by Hamid Karzai was elected, and the survival of some of the country’s most valuable antiquities announced.

It was in response to this that an exhibition of Afghan archaeology was swiftly created, and the objects flown to Paris for further conservation treatment and display in the Musée Guimet, which, as France’s national museum for Asian arts, has enjoyed close relations with Afghanistan since the 1920s (see CWA 22). Since then, the exhibition has travelled to Italy, the Netherlands, America, Canada, Germany, and now Britain. Moreover, many important objects have since been saved. For example, in 2003 Afghan president Hamid Karzai announced that the most valuable collection believed missing – known as the Bactrian gold – was safe and in storage in the high-security Presidential vaults. This collection of over 20,000 nomad grave-goods was found at the 1st century AD site of Tilla Tepe (meaning ‘Hill of Gold’ and usually misspelt Tillya Tepe after the first publications) just before the Soviet invasion. The best pieces – including priceless gold objects and ornaments, many inlaid with turquoise and other semiprecious stones – have since been touring the world in the travelling exhibition.

In addition to the stunning material from the Tilla Tepe necropolis, the British Museum exhibition showcases finds from three other major sites: the important trading city of Begram, which flourished at the heart of the Silk Road at roughly the same time as Tilla Tepe; the Hellenistic Greek city of Ai Khanum, which dates to the 3rd and early 2nd centuries BC, and was founded by the successors of Alexander the Great; and from the Bronze Age Bactrian settlement of Tepe Fullol, which dates to about 2000 BC, in which a sumptuous collection of precious metal vessels was found.

We are delighted to announce here that we have located an extremely high-profile group of objects belonging to the so-called ‘Begram Treasure’, and stolen from the Kabul museum during the civil war between 1992 and 1994. They have now been acquired by a private individual and donated to the National Museum in Kabul, and newly conserved thanks to a grant from Bank of America Merrill Lynch.

The rediscovered items comprise 20 exquisitely-carved ivory and bone furniture inlays, which were excavated on the eve of the Second World War. Made in India, the furniture had been packed off in antiquity to Begram, a site some 60km north of Kabul that occupied a fertile valley at the junction of two major routes connecting northern Afghanistan with what is now Pakistan. Despite extensive excavation in the 1930s and 1940s, Begram’s early history remains unclear; but we know that by the 1st century AD the site had become a summer capital of the Kushan empire. At its height, this empire stretched from northern Afghanistan into northern India and lasting until the 3rd century AD. The finds from the storerooms at the heart of the palace at Begram give an exceptional glimpse into the tastes of the Court during the late 1st century or possibly early 2nd century.

This astonishing cache of imported fineries testifies to intense commercial and high-level gift exchanges with all the cultural centres of the Roman empire. The ivories lay alongside Chinese lacquer bowls, mounted ostrich egg decanters (sadly, too fragile to travel to the exhibition); and Roman glass, alabaster, bronzes, and casts for metal-workers, all carried by sea from Egypt via the Red Sea and Indian Ocean. The Kushan rulers enjoyed an eclectic mix of exotic goods from east and west.