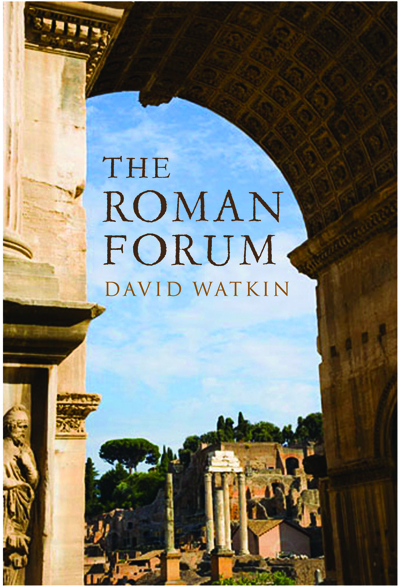 This is one of the most delectable anti-archaeology books I have read for a long time. The author is the Emeritus Professor of the History of Architecture at Cambridge – and he doesn’t like archaeologists.

The Forum at Rome is one of the monuments of antiquity that has suffered most at the hands of archaeologists, and Watkin sets out to tell the its story as shown in the engravings of Piranesi, the great 18th century engraver who depicted it before the archaeologists got at it. Piranesi (1720-1778) produced in his lifetime over a thousand etchings, including 25 views of the Forum, eight of which are reproduced as very small illustrations in the latest volume of that splendid series Wonders of the World, which provides subversive accounts of some of archaeology’s biggest tourist attractions. Sadly the book format is too small to allow the etchings to be produced at an adequate size.

But Piranesi’s etchings show us the Forum before excavations began. Rome declined greatly in the Middle Ages, reaching its nadir when the popes were moved to Avignon from 1309-1377 and the population of Rome dropped to only 17,000. Much of the Forum became farmland. Subsequently, Rome slowly revived and the popes began to see the Forum as a suitable quarry for building materials. The period of greatest destruction was in 1540-1550, when Pope Paul III handed over exclusive permission for the ‘excavation’ of antiquities to the Deputies of the Fabric of St Peter’s – who ‘excavated’ the Forum to provide building material for St Peter’s.

By the time of Piranesi, the build up of soil was such that many of the classical remains were half buried and the main monuments were the churches that surrounded the Forum. True, many of these churches were not particularly early: the early churches at Rome were all built on the outskirts over the graves of martyrs who had been buried outside the town. Nevertheless, a number of Roman temples were converted into churches and he focuses on six of these. Ironically, since the level of the Forum onto which they originally opened has been lowered, most of them now have to be entered inappropriately from the back.

One of the finest of these is S Lorenzo which incorporates the temple of Antoninus and Faustina. ‘One of the most breathtaking experiences,’ he writes, ‘is to be present when the ancient doors at the end of the nave, normally kept locked, are opened to reveal a unique panoramic view of the Forum through the giant columns of the temple. It is greatly to be regretted that such an intensely evocative experience is little experienced by the public since the building is rarely open (open Thursday 10 am-12 noon, ring bell at Via Miranda 10)’.