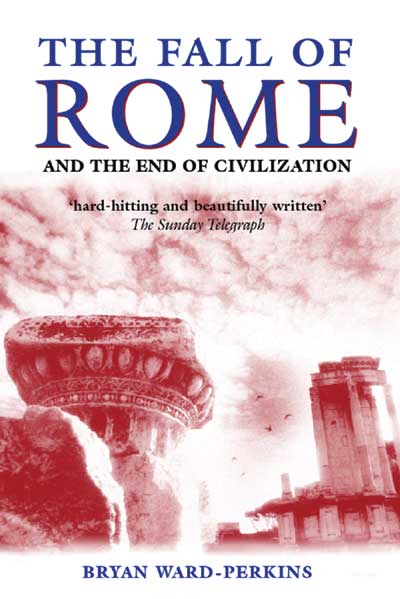 Why did the western half of the Roman Empire fall? Did it fall at all – or was it peacefully transformed into the similarly sophisticated civilization of Late Antiquity? The pendulum of historical interpretation has swung from one extreme to the other. Words like ‘decline’ and ‘crisis’ are now taboo, and the idea that major changes could be caused by warfare and violence is considered deeply old-fashioned.
What has brought about such a radical shift in approach? Perhaps modern political agendas, often combined with a lack of interest in archaeology, are at the root of it. Buildings and everyday goods were after the end of Antiquity, like in prehistory, again mostly made of perishable materials. Leading scholars focus on ‘the world of the mind and spirit’ and, in the 5th and 6th centuries, more prosperous eastern Mediterranean.
Non-archaeological, geographical and political biases have led to a distorted image of the late Roman world. Ward-Perkins’ account, by contrast, is refreshingly unfashionable and persuasive.
Chosen by Eberhard Sauer, who teaches at the University of Edinburgh, and has excavated in Oxfordshire as well as in northern Iran.