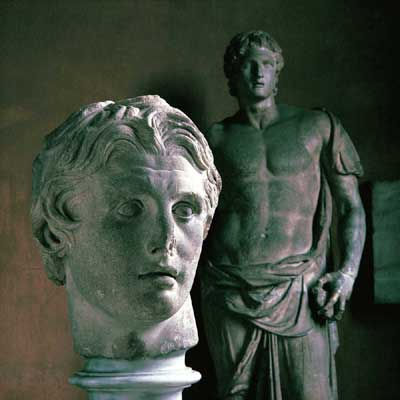 According to the archaeologist Manolis Andronikos, the Royal Tombs of Vergina, in northern Greece, belong to King Phillip II (388-336 BC) and his wife. However, D. Papazois, a retired Major General and a meticulous historical researcher, has a different view.

After over a decade of research through the historical sources and through detailed examination of the remains and all the funeral artefacts, the author presents a thorough argument claiming that Tomb II belongs to Alexander the Great himself.

According to historical sources, all the Royal Tombs of Aegae (today’s Vergina) were pillaged by Pyrrus, the king of Epirus, in 274 BC; so, King Phillip’s tomb could not have escaped the pillage.

The author further claims that the Ancient Macedonians stole Alexander’s remains from Egypt, where he was buried (historians mention two previous unsuccessful attempts to steal those remains), and they reburied them after 274 BC in the empty Tomb II of Aegae, where they still lie.

This book, published in Greek, constitutes an original approach to an unresolved archaeological problem. For more, see www.tdpapazois.gr